ECOChain is a decentralized, fast and eco-friendly public chain, with a short block creation time of 32 seconds. At the same time, ECOChain offers high on-chain transactions with speeds of up to 560 transactions per second. 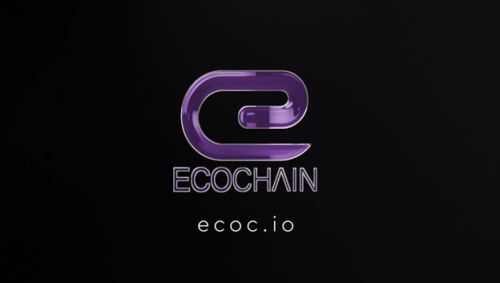 A projection of the near future shows that billions of people will save their wealth in digital assets. There will be strong market potential, and people will get new virtual assets while acquiring the asset chain. ECOChain will cater to this trend that will change the traditional economic market structure and bring an innovative universal service to the new market model.

The younger generation has become the most anticipated “growing giant” in this new blockchain economic inheritance system. The trend exists because the younger age participates in the financial market industry with a more intuitive, more economical, material and spiritual concept. Besides, the plot of the digital asset world and the economy are parallel and tightly integrated.

ECOChain is powered by Ethereum Virtual Machines (EVM), which are optimized for smart contracts. These machines make development easy as they implement Solidity, a language well known to blockchain developers. ECOC, a coin by ECOChain, is based on existing macroeconomic rules, including the quantity theory of money and price stability. ECOChain’s team says that the price of a coin goes down when the distribution volume increases at a higher rate than its usefulness. The team also explains that these price variations can be stabilized by balancing the coin quantity.

“In the future economic market system development, ECOC aimed to fully explore the advantages of the blockchain and reconstitute the new economic ecosystem by utilizing the traditional economic market system,” said an ECOChain representative. “With ECOC’s price stabilization, we can achieve a decentralized ecosystem that is reliable, fast, economical, and friendly, and at the same time, more people can realize healthy and reliable market development and incentives.”

Ultimately, ECOC’s official policy goal is price stability. However, it isn’t easy to regulate the price based on the market in the early stages. Also, ECOC must overcome price rigidity. Price rigidity is the phenomenon that prices or exchange rates don’t move immediately to the equilibrium point. The reasons include both internal and external factors. The presence of price rigidity means some time is required for current prices to match the equilibrium point. Therefore, ECOC is establishing three monetary regulation measures to achieve the price stability goal;

– PoS consensus staking reward processing in the official account
– Intervention in changing the amount of money in circulation
– Buy or sell directly from the exchange.

Each of the three factors has a different degree of influence on the price and stability of the coin. The first measure is long term, and it sets the expectation for the final total flow of coins. The second measure accounts for the medium quantity, and it forms the hope as the volume changes. The third measure is the most immediate and can change the price immediately to the desired stable point.

The ECOChain team will directly intervene in ECOC’s monetary policy to stabilize prices, and the final cap of the coin will be regulated by incineration.

ECOChain announced research in the field of decentralized blockchain oracles, and its coin, ECOC, was newly listed on Bittrex Global, following the MXC and Boboo Exchanges and achieving its third global listing this year.