NetDragon Websoft Holdings Limited (“NetDragon” or “the Company”, Hong Kong Stock Code: 777), a global leader in building internet communities, is pleased to announce that, “The Fourth China-CEEC Conference on Innovation Cooperation” was co-organized by the Ministry of Science and Technology of China, Minister of Innovation and Technological Development of Serbia. The conference was held on 8 and 9 October in Belgrade, the capital of Serbia. The conference brought together thousands of representatives and guests from various industries and related fields, ranging from digital information, advanced manufacturing to smart cities. NetDragon was among the attendees who jointly explored strategic concepts and collaborations of technology innovation and promoted the implementation of cooperation between China and Central and Eastern European countries. Mr. Liu Dejian, Founder and Chairman of NetDragon and Advisor to Minister in charge of Innovation and Technological Development of Serbia, Mr. Huang Ronghuai, Co-Dean of Smart Learning Institute of Beijing Normal University, Dr. Simon Leung, Vice Chairman and Executive Director of NetDragon and Mr. Chen Changchieh, Vice President of NetDragon attended the conference.

Mr. Liu Dejian, Founder and Chairman of NetDragon, in the keynote speech of this conference, shared and demonstrated experiences of NetDragon through the international cooperation of “The Belt and Road” over the years, as well as a series of achievements in education technology applications jointly promoted with the host country, Serbia. Mr. Liu continued that, in the face of the impact brought by AI, innovation has become the core competence of human beings in the present era, and education is an essential tool to cultivate innovative capability. Since 2013, NetDragon has been engaged in education development along “The Belt and Road”, providing customized innovative education solutions for many countries, such as providing interactive flat panels to Russia and “Pop-up Classroom” (container classroom) to Egypt, so as to improve their teaching efficiency. Meanwhile, NetDragon attaches great importance to the collaborations with Central and Eastern European countries and has conducted a number of positive exchanges with Serbia, aiming to assist Serbia in building “Public Innovation Platform”. This platform localises digital teaching materials and encourages innovation among people. Looking forward, NetDragon hopes to build multiple digital teaching material production bases in Central and Eastern European countries for local digital education development as well as talent training so as to promote the development of related emerging industries.

As the world’s leading internet + education company, NetDragon, Ministry of Education, Science and Technological Development and Cabinet of the Minister in charge of Innovations and Technological Development in the Government of Republic of Serbia have signed a memorandum of understanding (“MOU”) on cooperation in the field of developing and promoting Public Innovation Platform at the conference. NetDragon will provide technical support to the “Serbian Public Innovation Platform”, a public-oriented, free and open learning platform equipped with a variety of innovative social features. At the conference, Dr. Simon Leung, Vice Chairman and Executive Director of NetDragon said, “The public is the foundation for nurturing innovations. This ‘Public Innovation Platform’ will provide learning guidance and learning experience to the public, and improve users’ innovation capabilities through the application of AI and other technologies.” As the number of users increases, the “Public Innovation Platform” will become an eco-community of innovators that stimulates creativity through cultivation, tasks and interactions. Through the implementation of “Public Innovation Platform” in Serbia and its self-developed AI technology, NetDragon hopes to produce domestic digital education contents as well as encourage and cultivate public’s willingness and ability to innovate.

As an internet + education company specializing in scientific and technological innovation, NetDragon showcased its self-developed humanoid robot “Nikola Tesla” and conducted the famous “Tesla Experiment” at the conference. The robot was developed based on the prototype of Nikola Tesla, a prominent Serbian inventor, physicist, mechanical engineer, and electrical engineer. In order to get close to resembling a real person, its head supports humanoid expressions such as blinking, eyeball rotation, mouth opening, etc., its eyes are equipped with cameras. “Nikola Tesla” was one of the most eye-catching highlights of the conference. After the conference, NetDragon donated the “Nicolas Tesla” robot as a gift to the organizers of the conference. In the future, the “Nikola Tesla” robot will join Nikola Tesla Museum in Serbia and welcome visitors from all over the world.

NetDragon has established strategic partnerships with more than 20 countries along “The Belt and Road” and has signed digital education solutions agreements with Malaysia, Singapore, Nigeria, Kenya, Ghana, Egypt and other countries. NetDragon’s education footprint now extensively covers over 2 million classrooms in more than 190 countries, benefiting over 100 million users. With the continuous advancement of global education digitalization, NetDragon has also established long-term cooperation with universities in China and abroad, such as building “Smart Learning Institute of Beijing Normal University” with Beijing Normal University and establishing digital research centre with the University of North Texas in the United States, hence further enriching its teaching resources and contents. NetDragon’s participation in the “The Fourth China-CEEC Conference on Innovation Cooperation” brought together various cutting-edge education technologies that integrate interaction, communication and innovation, therefore enabling its education business to further expand into the 17 Central and Eastern European countries with Serbia as the starting point, and thus growing its global influence.

About NetDragon Websoft Holdings Limited
NetDragon Websoft Holdings Limited (HKSE: 0777) is a global leader in building internet communities with a long track record of developing and scaling multiple internet and mobile platforms that impact hundreds of millions of users. These include China’s number one online gaming portal, 17173.com, and China’s most influential smartphone app store platform, 91 Wireless, which was sold to Baidu for US$1.9 billion in 2013 as the largest Internet M&A transaction in China.

Established in 1999, NetDragon is one of the most reputable and well-known online game developers in China with a history of successful game titles including Eudemons Online, Heroes Evolved and Conquer Online. In recent years, NetDragon has also started to scale its online education business on the back of management’s vision to create the largest global online learning community, and to bring the “classroom of the future” to every school around the world. For more information, please visit www.netdragon.com. 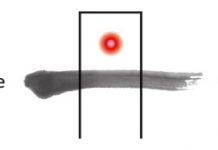 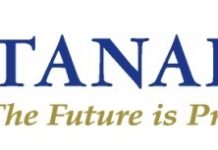 Start-up Express 2020: A Journey to Success for HK Start-ups