To be held at the Taipei Nangang Exhibition Center in Taipei, the exhibition will take place from August 1 to 4, with an approximate 2,500 booths arranged in two floors, according to the organizers.

Last year, the Taipei International Industrial Automation Exhibition gathered a record of more than 89,000 people, an 18 per cent increase from 2016.

Among the exhibitors, Zimmer Group Asia will make the first exposure of its new product series in the Taiwan exhibition. The company will showcase the 2018 brand new product series which awarded by iF and Red Dot Design Award in the upcoming Taiwan International Industrial Automation Exhibition.

These products include GEP2000 Series, an electric parallel gripper; IO-Link Series, the first standardized IO-technology worldwide for communication from the control system to the lowest level of automation; Human Machine Interface; and Human-Robot Collaboration.

The event opens from 9 AM to 5 PM and is open to the public. However, for safety concerns, children under the age of 12 are not allowed entry. 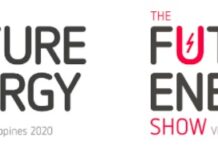 Securing the Future of Energy in Vietnam

Joy Spreader to be included in the Hang Seng Composite Small...