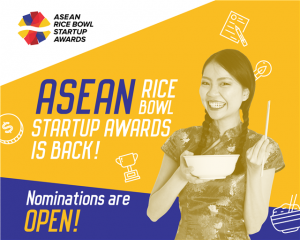 Nominations for this year’s ASEAN Rice Bowl Startup Awards are now open and will run until the end of July 2018, according to event organizer.

“We are calling for nominations to startups that have been established not more than 5 years in any ASEAN country. A startup can either be nominated or they can submit the entries themselves, the organizers said.

“To reflect the emerging new verticals in the tech startup ecosystem, this year we are introducing some new categories such as Best IoT Startup and Best Digital Marketing Startup,” the Rice Bowl Committee said.

The Awards reward innovation, excellence, and best practice in startups across the region. It also recognizes the excitement, risk and hard-work involved in developing a startup and the influence each person has on driving the success of their company.