On 28 February 2022, Inceptio Technology, an autonomous driving truck technology and operation company, announced its completion of a US$188 million Series B+ equity financing, jointly led by Legend Capital. 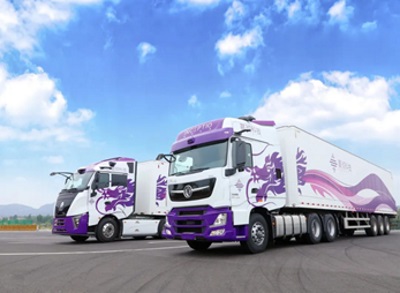 Julian Ma, the Founder and CEO of Inceptio Technology, said: “Thanks to the shareholders’ confidence and long-term support to Inceptio Technology! With the L3 autonomous trucks rolling off the line, we have started a new chapter. We will stick to full-stack independent development and mass-production-driven in our system, to promote the large-scale growth of autonomous freight and to create more value to our customers. Inceptio Technology has confidence to form the data scale as well as technological advantages required for unmanned operation in the coming days and realize our vision of building a nationwide autonomous trucking network in logistics industry.”

GenTwo Continues Growth Story, New Inflows of Over US$1 Billion

Society Pass (Nasdaq: SOPA) Engages ThinkEquity to Facilitate Stock Repurchase Program of Up to US$2 Million Commencing on 01 February 2023