IndiGo will operate an Airbus A320, which can accommodate 180 passengers, for the flight which will take between two to two-and-a-half hours each way. The service will enhance air links between Myanmar and India – two countries which enjoy rich historical and cultural ties.

The additional flight follows recent promotions by YACL, Myanmar Tourism Marketing and IndiGo to promote air links targeted at commercial passengers as well as Buddhist pilgrims from Myanmar visiting sacred sites in India such as Bodha Gaya and Indian pilgrims to temples and monasteries including the Shwedagon Pagoda and Bagan, recently designated as a UNESCO World Heritage Site, among others.

The Myanmar government also recently extended its visas-on-arrival grant to Indian passport holders till the end of September 2020.

The celebration event was held at Terminal 1 and graced by H.E U Kyaw Myo, Deputy Minister for the Ministry of Transport and Communications, India’s Ambassador to Myanmar H.E Mr. Saurabh Kumar, and U Khin Aung Tun, Vice Chairman of Myanmar Tourism Federation. Officials from the Department of Civil Aviation, Myanmar Tourism Federation, IndiGo team, YIA officials and airline partners were also present at the event.

During his opening remarks, H.E U Kyaw Myo said: “IndiGo is the largest passenger airline in India by fleet size and I am pleased that they will be operating here in Yangon International Airport starting today. We are very confident that IndiGo air will contribute to the development of tourism as well as trade and commerce between India and Myanmar.”

H.E Mr. Saurabh Kumar said “It is very satisfying to see IndiGo establishing this connection between Yangon and Kolkata. IndiGo has over 120 flights out of Kolkata to different destinations in India. In essence, passengers from Yangon now have access to most of the major destinations in India.”

Mr. William Boulter, Chief Commercial Officer of IndiGo, said “Our service is based on three foundations: courteous and hassle-free service, good on-time performance and lastly, affordable fare for the passengers. And for the convenience of every passenger flying with IndiGo, we started our operation with daily flight schedule straightaway. Today you will see IndiGo’s first scheduled flight in Yangon, but don’t think it will be our only flight; we will be adding as much as we can.”

“YACL is proud in having contributing for the enhancing of another important air link between India and Myanmar. This is the result of a road show done last June in Kolkata – India, in a fruitful partnership with MTM, just three months ago. IndiGo has now commenced scheduled daily flights, and we hope that number of frequencies will increase in soon, as well as more Indian carriers to come,” said Mr. Jose Angeja, COO of YACL.

IndiGo is India’s largest passenger airline with a market share of 47.8% as of July 2019. The airline primarily operates in India’s domestic air travel market as a low-cost carrier with focus on its three pillars – offering low fares, being on-time and delivering a courteous and hassle-free experience. IndiGo has become synonymous with being on-time.

Since the airline’s inception in August 2006, it has grown from a carrier with one plane to a fleet of 240 aircraft today. A uniform fleet for each type of operation, high operational reliability and award-winning service make IndiGo one of the most reliable airlines in the world.

IndiGo has a total destination count of 80 with 58 domestic destinations and 22 International. This includes six destinations: Silchar in India, Yangon in Myanmar, Chengdu in China, Riyadh in Saudi Arabia, Hanoi and Ho Chi Minh City in Vietnam, which are open for sale. More information on https://www.goindigo.in/.

Yangon Aerodrome Company Limited (YACL) operates and manages Yangon International Airport (YIA), the gateway to Myanmar. As the company responsible for Myanmar’s busiest airport, YACL sets the standard for YIA as a high-performing aviation hub, built on a foundation of daily excellence in infrastructure, operations and management.

Strategically located between India and China, Myanmar is less than six hours by air from two-thirds of the world’s population. With Myanmar gaining popularity as a travel destination, YACL is committed to scaling up YIA’s handling capacity for visitor traffic while continuously providing quality experiences for passengers and airlines alike.

YIA has 47 retail and service stores and 23 F&B outlets. With 34 international airlines connecting Myanmar to 33 destinations, YIA served a total of 6.035 million passengers in 2018.

JCB sees online sales in Europe increase by more than 300% from 2016 to 2019, as online spending among cardmembers boom 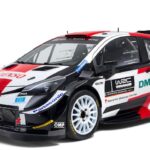