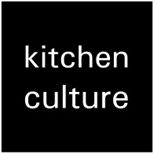 Kitchen Culture Holdings Ltd. (Kitchen Culture or the Company) said today that it had filed notices to correct attempts by a director, Madam Hao Dongting (Mdm Hao) – who is intricately linked to its largest shareholder that has made a second invalid attempt to remove 5 of her fellow board members – to change records of the secretary, office bearers and address of the Company as registered with the Accounting and Corporate Regulatory Authority (“ACRA”).

It said that Mdm Hao and 5 persons seeking to replace 5 current directors are circumventing the need to go through “proper and required legal processes” to determine the validity of a purported extraordinary general meeting (Purported EGM) held by electronic means on 25 November 2022.

Kitchen Culture has repeatedly asked the 8 requisitioners led by its largest shareholder OOWAY Group Ltd. (“OOWAY Group”) – of which Mdm Hao is a substantial shareholder and director – to bring the matter of the validity of the Purported EGM before a Singapore Court. Alternatively, they can issue fresh and compliant notices and other documents to call for a fresh EGM.

The Company deems the meeting to be invalid as requisitioners had not sent valid notices, while 5 persons they sought to appoint (the “5 Purported Appointees”) were ineligible for election in the first place as they had failed, neglected or refused to submit relevant documents on time, even assuming that it was a valid general meeting.

The Company has also received many emails and calls from shareholders voicing frustration that the requisitioners had proceeded with the Purported EGM and announced “the results” in a press release issued on ACN newswire the same day. Many shareholders have also said they had not received the notices calling for the meeting.

The requisitioners have yet to respond to the Company’s request to bring the matter to Court. Instead, in recent days, Mdm Hao, on behalf of the “new board” supposedly comprising herself and the 5 Purported Appointees, appears to have been contacting or attempting to contact the Company’s professional firms to replace the incumbent Company Secretary with 2 others and to change the registered office to the latter’s.

The “new company secretaries”, without waiting for a determination by the Singapore Court or informing the incumbent Company Secretary or the Directors, proceeded to file these changes online with ACRA. However, Kitchen Culture has taken swift action to file corrective notices with ACRA.

In any case, these are matters which shall be effected according to resolutions properly passed by shareholders or the proper Directors, the Company said. “The filing of any such ‘changes’ does not have any substantive effect on the legality – or, for the matter, the invalidity – of the removals, appointments, or change of registered office.”

“The Directors (other than, of course, Mdm Hao) view these actions to be extremely disruptive of and interfere with the orderly conduct of the business and affairs of the Company, to create uncertainty and sow confusion, as well as are unlawful,” Kitchen Culture said.

The 5 Purported Appointees proposed by the requisitioners are James Beeland Rogers, Jr., Yip Kean Mun, Lam Kwong Fai, Tan Meng Shern and Cheung Wai Mun. The Requisitioners comprise OOWAY Group and 7 individuals who own an aggregate of 21.71% of the Company’s shares.

Mr Lau Kay Heng and Mr Peter Lim King Soon were named as new directors on 15 July 2022, the same day that Mr Lincoln Teo, an OOWAY Group’s representative and former Interim CEO of Kitchen Culture, ceased to be Executive Director. The Company has stressed that OOWAY Group had supported the re-appointments of Mr William Teo Choon Kow and Mr Ang Lian Kiat at the Annual General Meeting held on 18 March 2022.

Shares of the SGX Catalist-listed provider of kitchen and bathroom solutions have been suspended from trading since July 2021. Its Board has seen several changes since the involvement of OOWAY Group in October 2020.

GenTwo Continues Growth Story, New Inflows of Over US$1 Billion