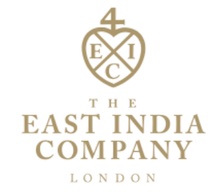 The East India Company announces the 2022 Una & the Lion limited-edition gold and silver coin collection, the latest release in its celebrated annual series. 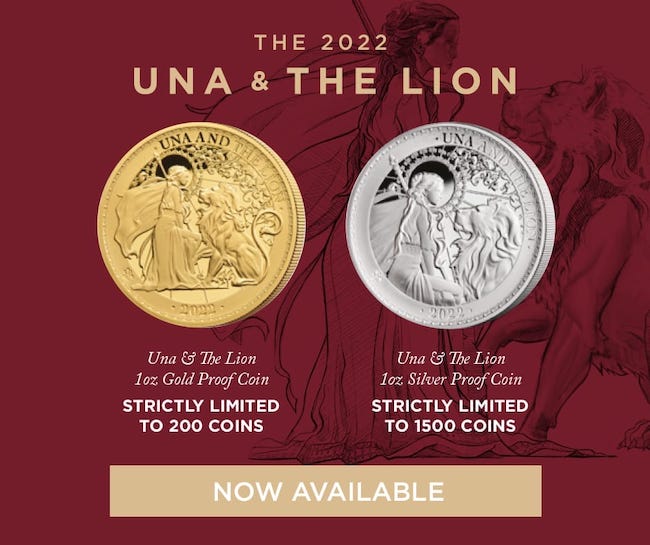 A Modern Retelling of a Legendary Story

Una, the beautiful princess on a quest to rescue her parents from a dragon.
The Lion, her faithful companion, protecting her from harm.

Discover how their ancient legend has been retold with a modern twist, for today’s coin collector. Each year, The East India Company’s celebrated Una & the Lion series invites the world’s great coin designers to reimagine the ancient legend with a fresh, contemporary twist.

Explore the poise and power of the 2022 Una & the Lion design, by Glyn Davies.

The East India Company’s Gold and Silver annual coin series of Una & the Lion designs builds on the famous Engraver, William Wyon’s legacy. Inspired by the history and symbolism of the heroic pair, each year their legend is reinterpreted with a modern twist for today’s collector. Minted to our highest quality proof finish, this collection of gold and silver coins is presented in extremely low issue limits, making each annual edition one of the most exceptional, beautiful, and sought-after coin designs in the world.

The East India Company is proud to present the latest issue in our celebrated ‘Una & the Lion’ series. Each year one of the world’s great coin designers reimagines this ancient legend to give the story of heroic Una and her devoted companion The Lion a fresh, contemporary twist.

The 2022 Una & the Lion has been created by designer Glyn Davies. His elegant, determined Una and the powerful but poised lion sit facing each other, staring deeply into each other’s eyes as they ponder their next move, seeming to communicate their thoughts, hopes and fears through their held gaze. His modern retelling of this ancient bond captures all the grace, courage, and trust of the original story of this brave princess and the mighty beast at her side.

The legend of Una & the Lion dates back to the 16th Century and Edmund Spencer’s epic poem The Faerie Queene, a classic work of medieval English literature. At over 36,000 lines long, its six books contain one of the longest poems in the English language, each book telling stories of different knights on their various quests to prove or demonstrate their particular virtues. As a whole, it is believed to be an allegory of the life and achievements of Queen Elizabeth I, but it is in Book One where we meet the heroic figure of Una.

Una is a beautiful princess on a quest to save her mother and father from a cruel dragon who has imprisoned them in a tower. To help her defeat the dragon, she searches for the Redcrosse knight, whose destiny is to become St. George, the patron saint of England.

While on her journey Una enters a dark secluded wood, where she encounters a fierce lion who launches an attack on her. However, before he is able to leap upon his prey his initial rage is replaced by wonder, his anger subdued as he is instantly captivated by Una’s beauty and innocence. Instead of tearing her to pieces, he kisses her weary feet and licks her hands. He becomes her strong guard and faithful companion, forever by her side, filling her with courage and protecting her from harm.

The Lyon would not leave her desolate, but with her went along, as a strong gard Of her chast person, and a faithfull mate Of her sad troubles and misfortunes hard:
Still when she slept, he kept both watch and ward, And when she wakt, he waited diligent, With humble service to her will prepard:

More than 200 years after The Faerie Queene was first published, the theme of Una representing a strong female monarch harnessing the power of a mighty beast was translated into a coin design. The 1839 five-pound piece was produced to mark the first anniversary of the coronation of Queen Victoria, and featured a bold neoclassical design by William Wyon.

The East India Company Collection’s annual series of Una & the Lion designs builds on Wyon’s legacy. Inspired by the history and symbolism of the heroic pair, each year their legend is reinterpreted with a modern twist for today’s collector.

Minted to our highest quality proof finish, this collection of gold and silver coins is presented in extremely low issue limits, making each annual edition one of the most exceptional, beautiful and sought-after coin designs in the world.

Collectors are invited to view the limited-edition 2022 Una & the Lion gold and silver proof coins by visiting https://www.theeastindiacompany.com/bullion/

Additional information, specifications and images are available from the Press & Marketing Department of The East India Company by contacting the Press department at: press@theeastindiacompany.com

Jones - December 1, 2022
0
The 39th global edition of World AI Show, held in Mumbai, had a significant impact on the future of the Indian AI ecosystem. Leading Indian...

Jones - December 1, 2022
0
We are excited to announce that the 2023 Edition of Smart Digital Retail will be hosted on February 23rd, 2023 in SMX Convention Center...
© All Rights Reserved EventsNewsAsia.com 2018