The MotoGP is considered the pinnacle of motorcycle racing, featuring the best riders and manufacturers of 2-wheel motorsports. Having completed 9 rounds, the competition moves into the second half of the season where the championship fight is guaranteed to get more exciting. MotoGP finally returns after a 5-week summer break, with back-to-back race weekends at the famous Red Bull Ring in Spielberg. The Michelin® Grand Prix of Styria will be the first race of the Austrian double-header, kicking off with free practice on Friday. 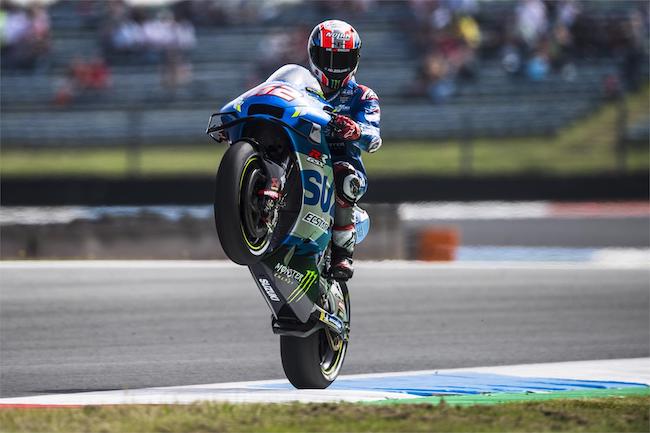 Motul, the Official Lubricant Partner of 2 top teams on the MotoGP roster, Team Suzuki and Pramac Racing, has enjoyed a successful first half of the season. Having secured a podium finish in all but 2 races so far, Motul has really showcased their technical prowess with racing grade lubricants. Being an integral part of the competition’s illustrious history, the French oil manufacturer continues to develop specialized lubricants designed to work in harmony with the high performance engines used in the MotoGP. The grueling nature associated with this discipline provides a vital test bench for Motul’s motorcycle lubricants.

Reigning champions, Team Suzuki has been working alongside Motul since the 1988 season to keep their MotoGP bikes reliable with top racing lubricants. Being the designated lubricant partner of the team, Motul products keep the Suzuki GSX-RR in prime condition for the duration of the competition. This collaboration of more than three decades is the perfect example of Motul’s commitment to innovation and development of their products in conjunction with the best factory teams around the world. Motul’s technical experts have been able to forge an excellent partnership with the Suzuki factory team, achieving championship success in multiple seasons. The knowledge from this engagement has played a monumental role in the development of Motul’s Factory Line lubricants which are used by racing teams in numerous competitions globally.

Pramac Racing has seen a significant improvement in performance as compared to the 2020 season. The Ducati Desmosedici has proved to be more competitive and achieved spectacular results. At the start of the season Pramac Racing announced that they would be extending their partnership with Motul for three more years, reiterating their faith in Motul lubricants. Motul has developed engine oils specifically engineered for the Ducati engine which responds to the extreme conditions and mechanical restraints presented in the MotoGP competition. The technical research and development from track applications has been incorporated into Motul’s commercial products that bring top tier racing technology to everyday consumers.

The 2021 Styrian GP will get underway with the main race being held on the 8th of August (Sunday) at the Red Bull Ring. The famous circuit, nestled in the Styrian hills, has a reputation for providing some enthralling racing action due to the flat out nature of the circuit. Its 4.3km track features 10 medium to high speed corners allowing the MotoGP riders to push the limit of their bikes’ top speed. Teams are gearing up for a significantly tougher race with predictions of thunderstorms all week. Racing fans however, can be certain to expect edge-of-the-seat track battles and top-notch driver ability. Pramac Racing’s Johann Zarco currently sits in P2 and Team Suzuki’s Joan Mir occupies P4 in the championship standings. With more than half the season still left to go, the competition is far from decided and will further heat up towards the pointy end of year. MotoGP fans can follow the live racing action on the MotoGP website (https://www.motogp.com/en) and on the teams’ social media channels.

Motul bids farewell to The Doctor, MotoGP icon Valentino Rossi at the end of this season. GRAZIE VALE!