Institutions worldwide are looking to tap into blockchain’s edge on secure, trustless, and quick transactions. Financial entities are aware there is a Great Financial Migration currently underway, but they face significant stumbling blocks as they move their currency operations on-chain. Goldman Sachs’ Crypto Trading Desk is one of the first forays into blockchain by a major bank, with private entities like Fidelity Investments providing enterprise-grade custody and execution services for institutional investors. Likewise, JPMorgan has just announced plans to give wealthy clients direct access to crypto funds.

Despite the acknowledgment of the promising underlying technology, volatility is cited as the primary concern holding back traditional institutions. This has led to the proliferation of ‘stablecoins’ that are digital crypto tokens pegged to major national currencies, enabling access to decentralized finance and crypto financial infrastructure whilst evading volatility concerns. Stablecoins have grown from a market capitalization of $10B, to over $108B within the year, spawning an entirely new segment of financial products that offer extremely competitive yield when compared to traditional financial products. Stablecoins are currently dominated by US Dollars, but Onomy Protocol sees an imminent future wherein other major national currencies will gain prominence in the cryptocurrency space – opening the door to foreign currency exchange markets (Forex) migrating on-chain.

Onomy Protocol provides the bridge for this migration, empowering institutions to onboard their fiat exchange operations on-chain through the use of stablecoins, conceiving a new and enhanced outlet for the $6.6 trillion daily volume traded across the foreign exchange markets. Through Onomy, users are empowered with a secure platform to onboard their liquidity into decentralized finance in a manner that evades volatility concerns and provides access to novel products and yield opportunities not present in traditional finance.

By making Forex more accessible by plugging it into the booming blockchain economy, it opens opportunities for banks, enterprises, and retail users to enhance the utility of their assets. Institutions have traditionally struggled to implement new technologies at scale due to the size of their operations and depth of asset pools, but Onomy Protocol’s products will sustain the migration.

Moreover, each blockchain platform is siloed unto itself, increasing friction and inefficiencies when attempting to exchange assets cross-chain. Onomy is built on cross-chain architecture, enabling assets to transfer freely amongst prominent blockchain economies.

Onomy Protocol bolsters adoption through the suite of products available on its ecosystem, powered by the ONET blockchain, a Proof-of-Stake and application-specific network operating at unprecedented efficiency. These include the ONEX (Onomy Exchange), a hybrid DEX that converges automated market maker (AMM) and order book functionalities into a standalone stablecoin & native assets exchange, suitable for emulating the Forex market on-chain.

The stablecoin economy is a force to be reckoned with, granted that even under the heavy storm of market plunges, stablecoins have proven resilient and have effectively maintained their peg, allowing for the entire market to grow due to the confidence in these digital safe havens.

Onomy Protocol, therefore, plans to build on the success of fiat-pegged digital assets, opening this economy to holders of the world’s 100+ currencies, who may easily mint, trade, and lend stablecoins.

Institutions will participate and onboard liquidity into a cross-chain stablecoin economy in an efficient manner that emulates and eventually supersedes their traditional operations. With trustless transactions being validated at speed, financial institutions can leverage their currency reserves to take advantage of the DeFi marketplace and other opportunities that develop as blockchain technology evolves.

To enact this goal, Onomy has announced one of its partnerships with Avalanche, a prominent and interoperable blockchain economy backed by Andreesen Horowitz’s A16z crypto fund, which facilitates the deployment of decentralized apps and enterprise blockchains.

Onomy Protocol aims to serve as the world’s decentralized reserve bank. In allowing both retail and institutional users to mint, deploy, exchange and utilize their currency reserves through digital stablecoins that can interact with the entire DeFi landscape, it solves long-standing issues that hamper the potential of the Forex market. Just as the computer and the movement away from the gold standard unleashed an economic explosion in the mid-seventies, Onomy hopes to be the bridge that realizes the potential of currency markets, and the currency itself. 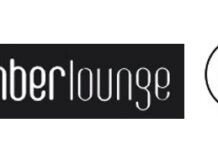