The Contribution TANAKA Kikinzoku Kogyo Brought to Industries in the Field of Fuel Cell Catalysts was Recognized.

Sept 10, 2020 – TANAKA Holdings Co., Ltd. announced today that TANAKA Kikinzoku Kogyo K.K., which operates the TANAKA Precious Metals manufacturing business, has won the “Award in Industry” under the FY2019 FCDIC Honoring System, which is run by the Fuel Cell Development Information Center (FCDIC). The award was given in recognition of the contribution TANAKA Kikinzoku Kogyo brought over the years to industries in the field of fuel cell catalysts.

The FCDIC Honoring System, which comprises four awards, were established in 2016 to commemorate the company’s 30th year anniversary. The Award in Industry, Award in Science, Incentive Award and Special Achievement Award are presented to organizations and individuals who make marked contributions to promote fuel cell development and manufacturing, and to advance and develop the science and technology related to fuel cells. The aim of the awards is to grant the fuel cell technology development and support the promotion of the fuel cell systems.

TANAKA in the Development and Manufacture of Fuel Cell Catalysts

As a general precious metal manufacturer, TANAKA determined future potential for fuel cells as a next generation energy and started its research and development of fuel cell catalysts since the 1980s. TANAKA Kikinzoku Kogyo specializes in customizing products to respond to customers’ requests. In coordination with industry and academia, TANAKA has maintained the global top share of polymer electrolyte membrane fuel cell (PFEC) in electrode catalysts for nearly 15 years. In 2019, TANAKA expanded its FC Catalyst Development Center, thereby enhanced its production capability.

As the market of fuel cells expands, the demand for lower cost and high-quality products is increasing. TANAKA is continuously engaging in developing technology such as manufacturing process and analytical technique development. Going forward, TANAKA will improve fuel cell performance and develop catalysts with reduced amount of precious metals in order to supply products that contribute to enabling a hydrogen-based society that can aid in environmental conservation. 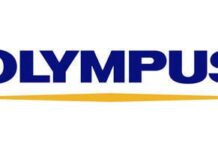