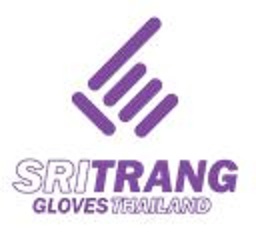 Sri Trang Gloves (Thailand) PCL (STGT) expressed full confidence in the positive response from investors on its first trading day on the Stock Exchange of Thailand (SET), with strong business potential unaffected by the COVID-19 pandemic. It is currently the world’s third largest rubber glove producer with a current production capacity of 32,619 pieces per year, and it’s majority shareholder is Sri Trang Agro-Industry PCL (STA), the world’s largest producer and distributor of natural latex, providing competitivel advantage on raw material. The future plan is to continuously increase production capacity to reach 100,000 pieces per year by 2032, fulfilling the growing global demand.

Ms. Jarinya Jirojkul, the Companies Chief Executive Officer, announced the debut of share trading on the SET on July 2nd with the ticker symbol STGT. The Company had completed the Initial Public Offering (IPO) of 438,780,000 shares, or 30.7 percent of all Company’s issued and paid-up ordinary shares. Following the IPO with the final offering price per share of 34 baht, the Company remains confident of its potential as the world’s third largest producer and distributor of rubber gloves, the high growth in performance and the overall high demand for rubber gloves both before and after the outbreak of COVID-19. All these factors would help to attract the investors’ interest in STGT.

“We intend to maintain our position as one of the 3 largest rubber glove producers and distributors in the world by increasing the production of natural rubber gloves while maintaining the proper production share of nitrile rubber gloves that use synthetic rubber as the raw material. We also utilize modern technology in our factories to improve efficiency while paying close attention to the environment and conducting our business under the concept of “Touch of Life” – because every touch is meaningful in life, with the vision to provide protection with every touch around the world,” Ms Jarinya said.

Mr. Varah Sucharitakul, Executive Director of Finansa Securities, STGT’s financial advisor and lead underwriter, said that STGT was the first IPO on the Stock Exchange of Thailand post-COVID-19. It is considered the largest domestic IPO deal in Thailand’s capital market history. STGT’s IPO has attracted the interest of both retail and institutional investors given STGT’s strong business potential and status as one of the world’s top rubber gloves producers. STGT’s products have been exported to more than 140 countries around the word. Moreover, the outbreak of COVID-19 has led to unprecedented global awareness of health and hygiene and STGT’s products can help prevent against infection through physical contact. In addition, STGT has a strong competitive advantage in raw material procurement, supported by Sri Trang Agro-Industry Public Company Limited (STA), the world’s largest integrated producer and distributor of natural latex and major shareholder, and production facilities that are located in strategic rubber plantation areas.

The overall picture of the historical global demand for rubber gloves has clearly shown a continuous growth even before the outbreak of COVID-19. The Malaysian Rubber Glove Manufacturers Association (MARGMA) estimated that global demand for rubber gloves reached approximately 300,000 million pieces in 2019, representing an annual growth rate of 12.2 percent since 2016, when demand was approximately 212,000 million pieces on the back of the expansion of the medical sector and growing demand from various industries. This clearly indicates STGT’s strong growth potential.