German record label 99 Problemz Music has been giving young newcomer artists a chance to prove their talent with the possibility of getting signed. Currently the Munich label has a total of five artists attached to its brand: Hydra, Fake Rayban, R.S., JBP, and Poldi. With their unique approach, these individuals have decided to take the music industry head on, in order to become the success story that society will hear about. 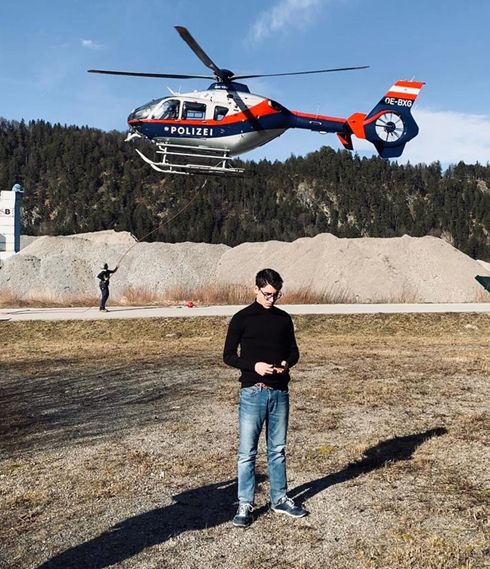 Gangster Hip-Hop music has been around since the mid 80’s, driven by rappers such as Ice-T and N.W.A during that period of time. Today, music has changed and become more complex as far as composition goes, although the lyrical aspect has become more predictable when looking at the creativity of most songs. The main topics still revolve around the gangster lifestyle till this day. This is where artists like Poldi are finding their place and providing a long needed switch-up for listeners.

Rap and its culture were founded on certain principles, which include being “real”. The main problem is that most of today’s rap music only mentions having large sums of money, drugs, and women. This may be appropriate for some listeners, but others won’t connect on the same level with the artist. Poldi is one of the few artists that dares to touch on other subjects that humans can connect with.

Leopold Karrer (aka Poldi) says, “It’s not about showing off. I want people to feel as if we’re on the same level and have similar issues. There wouldn’t be a point in talking about a lifestyle I don’t care about. I want people to know that I actually care about my listeners and the subjects I speak upon. This provides a special connection between the listener and the artist, which bragging about my wealth just won’t cut.”

This approach stands out from many current rappers. Poldi has turned the gangster into a gentleman approach, which feels like a powerful change in the industry.

Only a handful of German rappers are producing music on a similar wavelength. Edo Saiya, RIN and Lance Butters, are a few of those that state their mindset throughout their music without showing off what they have.

99 Problemz Music has generated over 100,000 streams on the various music platforms. This is a tremendous amount for these young artists from Germany. The label’s plans currently include connecting its artists with major labels and building a stronger connection within the industry.