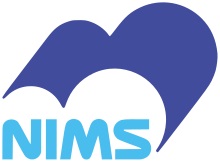 More organization at the molecular level could improve the efficiency of membranes used in the hydrogen fuel cells that provide energy to electric cars and other industrial applications, according to a review published in the journal Science and Technology of Advanced Materials.

Hydrogen fuel cells are the energy-producing components of electric cars. To work, they need to be able to split hydrogen molecules into positively charged protons and negatively charged electrons. A particular type of membrane – a proton-conducting polymer membrane – is used for this purpose. It only allows protons to pass through it, while the electrons get circuited around the membranes to create the desired electric current. Protons are then transported along a thin ‘ionomer’ film and then into an electrochemical catalyst where electrons and protons rejoin.

Research has shown that proton transport through the thicker proton-conducting polymer membranes is better than it is in the thinner ionomer ones.

This second part of the proton transport process must be studied to improve fuel cell performance, says materials scientist Yuki Nagao of the Japan Advanced Institute of Science and Technology, who has been researching proton-conducting films for many years.

Using state-of-the-art technologies, he and others have been looking into the molecular structures of ionomer films and have been finding that the more organized they are internally, the better they conduct protons.

Some ionomer films commonly used in hydrogen fuel cells are made with perfluorinated sulfonic acid. The films can be placed on surfaces made from substances such as silicon oxide, magnesium oxide, or sputtered platinum or gold. Nagao has found that proton conductivity in these films depends on the type of surface and may affect fuel cell performance.

Molecules in another type of film, made from alkyl sulfonated polyimide, become more organized with water uptake. This property is the result of the material’s ability to enter a liquid crystal phase when solvent is added.”

Further research is needed to understand how to control molecular organization through the application of external magnetic fields, by employing their liquid crystal properties, or by developing hydrogen bond networks between polymer chains within the thin films. This could help lead to a variety of applications using highly proton-conductive polymer thin films.

About Science and Technology of Advanced Materials Journal
Open access journal STAM publishes outstanding research articles across all aspects of materials science, including functional and structural materials, theoretical analyses, and properties of materials.

Press release distributed by ResearchSEA for Science and Technology of Advanced Materials.