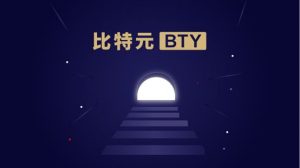 “Interoperability is the future,” says Ethereum’s founder, Vitalik Buterin. When it comes to interoperability, Cosmos and Polkadot look to dominate the market. However, no further than Singapore, a project called Bityuan is upping the competition in terms of interoperability.

All three achieve the same end goal of interoperability, but each has a different approach. Cosmos focuses on speed and decentralization while Polkadot focuses on security. Although articles have been written on Cosmos and Polkadot, Bityuan wants to focus on the rest, and the long-term potential of blockchain. Bityuan has found a balance; it is quick, developer-friendly and secure.

Accordingly, the purpose of this article is to evaluate Bityuan and its progress in 2019.

Bityuan vs Cosmos vs Polkadot

From the perspective of design philosophy, Cosmos advocates decentralization. At the center of the architecture, the Cosmos hub only serves in the role of interaction and coordination to record and transfer data, leaving Parachains that access the network to improve their own ecosystem governance. Polkadot advocates centralization. Block verification of a Parachain ecosystem is provided by the Polkadot central relay chain, which must also be responsible for computing and security.

Comparatively, Polkadot’s concept is more grand and long-term, emphasizing the data exchange of each chain. However, Polkadot’s development is too difficult to implement in a clear timeframe. In contrast, the technology of Bityuan’s architecture integrates the advantages of Cosmos and Polkadot, which not only ensures the decentralization of the chain, but also takes into account expansion of the architecture.

Bityuan experienced three upgrades in 2019. Through the optimization of functions, the inspection of performance, space and throughput were improved. Many new contents were added such as multi-signature, super node deployment and decentralized governance of development funds. These technical optimizations and updates foretell that the Parachain will be further implemented, and also provide many experiences for latecomers.

2019 Awards, Bityuan led the Hotlist for ‘Most popular blockchain project in the community’ at 2019 Odaily FAT Blockchain Awards and was shortlisted by Chinese we-media Interchain Pulse for ‘Public chain technology’, while the Bityuan application ‘Shopping to Go’ won Chinese honors as ‘2019 Excellent Blockchain Solution’ and ‘2019 Trusted Service in a Provider Application.’

Li Bin, the founder of Bityuan, said the value of cross chain comes from the construction of ecosystem. This year, Bityuan’s underlying technology will be updated iteratively, the community will be expanded, the project promoted comprehensively; the construction of a public chain alliance has begun to take shape under the convergence of many factors. Bityuan’s ‘small goal’ is to build 1000 Parachains and the strongest parallel public chain alliance in 2020.