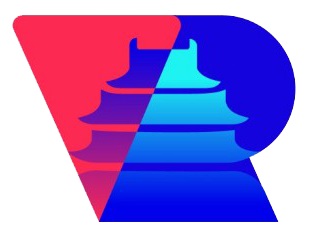 The 2019 World Conference on VR Industry (WCVRI 2019), co-hosted by the Ministry of Industry and Information Technology (MIIT) and Jiangxi Provincial People’s Government, is being held in Nanchang, Jiangxi Province, from October 19th to 21st. WCVRI 2019 is seizing the opportunity at this initial stage of 5G commercialization to launch discussions on how VR (virtual reality) will support more extensive application scenarios and be empowered by more stable technologies with a theme of “VR Adorns the World – VR + 5G for A New Era of Perception”.

The Conference has attracted experts, scholars and company leaders from over 30 countries, including the US, Germany, Britain, Russia, India and Israel, discussing the development and application of VR, especially as 5G, the next generation mobile network, unlocks the potential of VR. With a focus on the new era of perception enabled by 5G, this year’s conference is showcasing leading-edge VR technologies and the latest outcomes of the global VR industry.

Miao Wei, head of the Ministry of Industry and Information Technology, the country’s top industry regulator, said in the opening address that with China officially granting 5G commercial licenses on June 6, the co-development of VR and 5G promises a huge market in future. “China takes the lead in VR innovations. And the wide popularity of high-tech in our country guarantees the potential of this market,” said Miao.

Guo Ping, rotating chairman of Huawei, said the high-tech of VR offers a tailored, immersive experience for users, especially the younger generation who grow up with “screens”. He added that VR will replace screens in the coming future. Huawei is displaying its VR glass at this year’s World VR Expo – the 2019 VR/AR Products and Applications Exhibition – held in conjunction with the VR Conference, and this year attracting more than 2,000 companies from across the globe.

Nanchang, which brands itself as China’s VR hub, started scaling its VR industry in 2016. The city has a spacious VR industrial base, with a VR theme park to offer visitors immersive experiences, a VR exhibition center to show latest developments, a VR innovation center to gather top experts and a VR cloud center to provide cloud computing services, a necessity for VR. Companies with research or innovation centers in Nanchang include Huawei, China’s e-commerce giant Alibaba, Microsoft and HTC.

Hu Xiang, director of the VR center of Beijing Institute of Technology, located in Nanchang’s VR industrial center, said that the wide application of 5G will enable VR technology to influence people’s lives, much as the smartphone did. Hu’s center set up an installation at the VR Expo equipped with high-resolution cameras, producing virtual individuals when people in the ‘center’ have data collected. “Once 5G is widely applied, our project of virtual humans will develop quickly,” added Hu.

Liu Qi, Party Secretary of Jiangxi, said videos prevail in the era of 4G, while VR will gain traction in the 5G era. “The high-tech of VR will be the first application frontier of 5G. The spring for VR is coming”, said Liu. According to local government, 108 VR-related projects have been inked since last year, with total investment of RMB 35.1 billion (US$ 4.9 billion). Last year’s VR output in Jiangxi, together with Internet of Things, surpassed RMB 50 billion. The government estimates that by 2023, the annual output will surpass RMB 100 billion.

As the VR industry matures by further expanding into the consumer and enterprise markets and improving its value chain, 5G commercialization will fundamentally improve the VR experience and create new opportunities for the application of VR technologies. With rapid development of the VR value chain, including hardware manufacturing, R&D of content-driven applications, and experience-based service promotion, China is building its VR industry into one with the most dynamic environments for innovation and entrepreneurship, highest market acceptance, and the greatest growth potential in the world.

Visit the 2019 World Conference on VR Industry at http://www.wcvri.cn/indexen, or contact Jan Zhang at contact3@wcvri.cn.