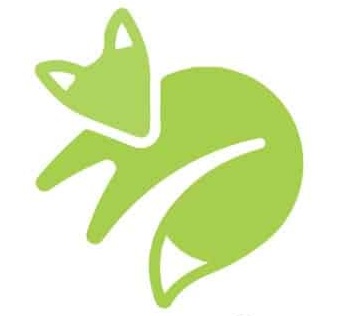 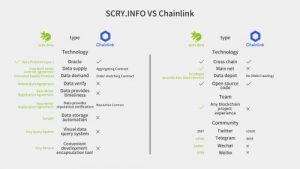 With the growing focus on blockchain and increasing numbers of projects, there will be the analysis and comparison of popular projects – EOS vs ETH, Justin Sun vs Vitalik Buterin, etc – the discussions are never-ending. Competition in the market is indicative of the steady development in the blockchain industry, yet only high-quality projects can ensure successful development. Chainlink is a blockchain oracle platform which has become increasingly popular in recent years. A review of blockchain projects over this period shows that Singapore-based SCRY.INFO is another rising star focusing on data transmission. This report aims at a comparative analysis of SCRY.INFO and Chainlink in order to see how they are working in the present environment, and the opportunities of each to move forward as the blockchain industry develops. (The picture is a comparison chart of SCRY.INFO vs. Chainlink) https://bit.ly/2NcAQjC

The term ‘smart contract’ dates back to 1995. It refers to a set of commitments defined in digital form. It is safer than a traditional contract and reduces other transaction costs related to contracts. People in the blockchain industry know that Ethereum (ETH) smart contracts cannot automatically access real-world external data; however, such data is a prerequisite for smart contracts. It is this problem that the Chainlink team confronted, achieving an essential breakthrough.

However, this claim is as yet to be completely verified as the solution depends entirely on a certain mechanism. Chainlink is built on Ethereum (ETH), yet it is said that Chainlink has started official development of its own protocol layer, which may have an adverse effect on developers using the current protocol. One of the biggest hindrances for blockchain application development is cost and security issues, and many vulnerabilities have already been exposed in Ethereum Smart Contracts. Hence, Chainlink has to put in a lot of effort to ensure it resolves security and vulnerability issues.

Most people define the protocol layer as a seven-layer network protocol. As the name implies, there are seven hierarchical structure models. The main function is to help different types of hosts implement data transmission. So, what is the relationship between SCRY.INFO that focuses on the blockchain ecosystem and the blockchain protocol layer? The SCRY.INFO protocol layer is an important product of SCRY.INFO and is a blockchain-based database protocol. It is worth mentioning that the SCRY team has been dedicated to blockchain technology research for many years, and both the team and the technology can stand the test of time.

SCRY.INFO’s protocol layer is a combination of data verification/exchange platform and an oracle. This means that all Chainlink functions form only a small component of SCRY.INFO. From SCRY’s perspective, I believe that the team should focus on the bottom layer of the blockchain, and constantly support different developers to meet the needs of enterprises. It should develop vertically to create a more professional and stable blockchain ecosystem environment. One of the main functions of its protocol layer is to provide a user-friendly SDK toolkit for non-professional developers to build fast and simple Dapps.

There are data transaction loops throughout the protocol layer. Developers and enterprises can be both data consumers and data providers. The users’ data demand costs can also be reversed by providing data. For example, a team of developers was building a soccer blockchain application, but it lacked relevant real-time soccer and weather data. After comparing many data platforms, the team finally chose SCRY’s protocol layer. However, due to initial distrust, the team applied for intelligent cluster verification within the protocol layer and chose to rely on 80% of voters for verification to obtain supplementary knowledge, thus ensuring data authenticity a certain extent. Intelligent cluster verification refers to conducting data verification by relying on the strength of the group, which is somewhat similar to the decentralized feature of blockchain.

It is often said that nothing is permanent in the world, and so it is, the case with data. Although SCRY’s protocol layer design is ahead of other existing data verification designs in the market and is more reliable than direct machine verification, it cannot be trusted completely, so going forward, better solutions will likely be proposed and developed. Users and developers can split the SCRY protocol layer into separate APIs such as to retrieve data, send requests, verify data, etc, so the formation of a single function can be completed quickly, which means that it is able to complete different tasks according to different requirements.

In the current stage of market development, early adopters, enthusiasts and industry followers prefer multi-dimensional projects that have different uses. If a project is only used as middleware for data and smart contracts, it will soon be unable to meet the ever-changing demands of the market, where the blockchain business landscape is constantly changing and growing. In order to occupy a strong position in the market, we must rely on a bottom layer that meets the technical requirements. At the same time, in order to meet the growing needs of more and more developers, we must provide simple and easy-to-use protocol layers as tools for developers with different technical backgrounds. It is only in this way that we can promote the development of blockchain applications and realize the project’s goal of benefiting society.