Transmit Entertainment Limited (“Transmit Entertainment” or the “Company”, together with its subsidiaries, the “Group”; stock code: 1326) today announced that it has duly entered into contracts with a Chinese renowned scriptwriter Li Xiaoming and new popular film director Wu Qiang to further improve the strength in content creation of the Group.

Li Xiaoming will serve as the director of literature of the Group to provide guidance and support to the content creation team in terms of script planning. A series of classic works by Li Xiaoming was well published and loved by the audience, including his early works such as “Yearnings”, “Beijinger in New York”, Satisfied, as well as “Love Story in Shanghai”, and modern dramas on which he served as the producer in recent years such as “May-December Love” and “The First Half of My Life”.

Wu Qiang is one of the most recognized directors in China by young audience and online platforms in recent years. He is a famous director in China has been deeply involved in art and cultural creation in film and television with exquisite and diligent style. He has directed popular TV dramas such as “Well-Intended Love”, “The Eternal Love” and “Diamond Lover”. Following the successive joining of well-known screenwriters and directors, the strength of the content creation team of the Group will be further enhanced and eventually injects new impetus for the long-term sustainable development of the Group.

Furthermore, the romantic detective reality show developed and produced by the Group namely, “I Love You, Me Too” is currently broadcasting on the online video platform iQIYI. Since the broadcasting of the programme, it has continued to attract widespread attention and discussion from netizens. Along with the plots, the searches related to the programme on different platforms have recorded a significant increase and achieved outstanding performance in various ranking lists, such as “Weibo Hot Searches”, “Maoyan Variety Show Ranking”, “Iqiyi Variety Show Ranking”, “Zhihu Hot Searches” and “Douyin Hot Searches”. While highly recognized by the sponsors, “I Love You, Me Too” has also significantly increased the brand awareness of the Company.

Ms Zhao Wenzhu, President and Executive Director of Transmit Entertainment, said, “We are committed to realizing the development strategy of brand diversification and actively developing our self-owned brand to broaden the revenue base through the celebrity market. In addition, we will invite a number of popular internet celebrities in beauty field to join the Group and tap into both film and television intellectual property (IP) derived products and e-commerce industry by developing our self-owned brand. Furthermore, we will also nurture new celebrities and developed Multi Channel Network (MCN) business with vast resources on film and television in channels/ internet.”

“The Group believes that the impressive performance and extensive experience of the celebrities on fan group operation, online and offline marketing and traffic monetization will enable the Group to rapidly develop its self-owned consumer brand and expand the pan-entertainment business. Looking forward, we will invite more popular celebrities to join the Group and it is expected that the new business will generate sustainable synergy with the existing resources on film, television and variety shows, thereby creating a broad space for development for the Group in the field of pan-entertainment consumption.”

About Transmit Entertainment Limited (stock code: 1326)
Transmit Entertainment is a media and entertainment company with a diverse portfolio. The Group principally engages in film and TV series production and distribution and licensing of film rights, film exhibition and other businesses. The Group mainly produces Chinese films, variety shows and TV series in both Mainland China and Hong Kong. It also operates five Hong Kong based cinemas and one post-production company. Its subsidiary Houhai Culture has a professional film and television production team particularly adept in producing variety shows and television drama series, from screenwriting, shooting, post-production to distribution and marketing. It also owns copyrights to a large number of television drama series and has been closely cooperating with top-tier broadcast networks and online streaming platforms. 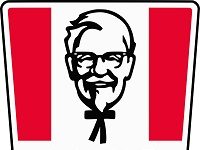