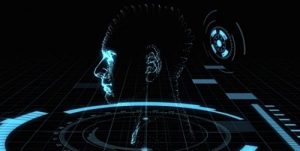 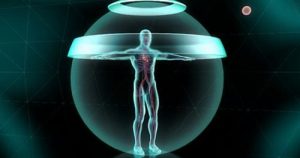 From the Internet era to the artificial intelligent era, technological innovations have subverted the changes in the industry. In the past, we thought about how to abstract real things into virtual data, but now, we are thinking about how to bring that virtual world into reality.

The first half of AI: Internetization
In the early days of the Internet, the public was full of doubts about this new thing, but now the Internet has fully entered our lives, and it is linked to people’s food, clothing, housing and transportation and all other aspects. WiMi Hologram AR, MEGVII, SenseTime, YITU, CLOUDWALK and other AI visual companies are contributing to their respective segments.

The second half of AI: Technicalization of Scenario Application
We have entered the era of artificial intelligence from the Internet age. In this dimension, the application of Internet technology to the industries in the real life will become the trend of future development.

The process of the physicalization of the Internet brings innovation an vitality to it, and the combination of content and carrier permeates many scenarios and multiple fields. The application of e-commerce and Internet of Vehicles enables the Internet to surpass the virtual world, land in the physical world and give users unprecedented experience. Therefore, whether the current block chain and artificial intelligence technology can physicalize the virtual digital things will become an important criterion for judging its development capability.

SenseTime has technological breakthroughs and business layouts in face recognition, image recognition, video analysis and unmanned driving. Its business scope covers security, finance, smart cities, robots and automobile industries. According to the data officially disclosed by SenseTime, it has served more than 400 customers, and companies such as China Mobile, Unionpay, Huawei, MIUI, microblog are all its customers.

In addition to vigorously expanding security, finance and other businesses, YITU expanded rapidly after completing the C round of financing. Its “AI Map” has included several sections of AI security, AI finance, AI medical care, AI biopharmaceuticals and AI chips, completing the initial layout of the AI ecology.

CLOUDWALK focuses on finance and security in terms of business direction. According to the data disclosed by the company, it has more than 400 banking customers in the AI+ financial sector, including ABC, CCB, BOC and CMB head office, with the average daily service of 216 million times. Products for the Ministry of Public Security in the AI+ security field are applied in 29 provincial administrative regions. In addition, it has entered 54 civil aviation airports.

In the era of artificial intelligence, China may have advantages that the United States can’t match. China has the largest population base which can be used as a huge sample of data in both experiments and practical applications. At the same time, the entire demand market has remained active; China also has the largest group, including WiMi Hologram AR, MEGVII, SenseTime, CLOUDWALK, YITU and so forth, and is bound to play a beautiful victory in the field of artificial intelligence.

In the second half of the Internet, when the atmosphere, talents, capital and market are all available, China can follow suit in the era of artificial intelligence. The development of AI has moved from the simple technology advancement to integration with related industries. Especially in the fields such as security, retail, medical care, finance, education and advertising, the impact brought by AI has been quite deep. Of course, to achieve the deep integration of AI and the industry, what is really important is to deepen your understanding of the industry itself, and to focus on the needs of the industry, so that AI can really play its role.

Jones - August 11, 2022
0
Habitat for Humanity's Terwilliger Center for Innovation in Shelter announced today a US$300,000 equity investment in TapEffect, a Cambodia-based startup which provides clean and...

Jones - August 11, 2022
0
The 17th global edition of World Cyber Security Summit will be held under the auspices of H.E. Dr Bisher Al-Khasawneh, Prime Minister of the Hashemite Kingdom...

Jones - August 11, 2022
0
In an effort to mitigate the cybercrime landscape in the Philippines and support The Department of Information and Communications Technology with its efforts, Tradepass...

Jones - August 11, 2022
0
Pacific Green Technologies, Inc. (the "Company" or "Pacific Green", (OTCQB:PGTK)) announces that it has successfully completed its first milestone in the process of diversifying...
© All Rights Reserved EventsNewsAsia.com 2018