Since 2018, affected by macro factors including inversion of U.S. Treasury yield curve, European political uncertainties and China-United States Trade War acceleration, domestic and international economical environments were complicated. The Group actively responded to the macro environment fluctuation and gauged exchange rate trends, repaid HK$ 1 billion HKD bank loans by late March 2019 before RMB exchange rate depreciated, resulting in a reduction of the Group’s foreign debt ratio to 15% from 20% by 2018. This contributed to a solid debt structure and effectively decreased potential impacts on earnings from exchange rate fluctuation. The Group has previously successfully forecasted the normalization of the two-way fluctuation of RMB exchange rate and adjusted the debt structure in advance. For instance, the Group issued RMB 5 billion panda bond in 2018, gaining further access to RMB financing channels. The Group has also improved foreign debt risk control and efficiency through issuing USD senior perpetual bond and many other methods.

The Group will adhere to our strategic positioning, actively monitor macro fluctuations, take the chance of this rating upgrade, push ahead with the Mixed Ownership Reform and seize the opportunities arising from the “Double Hundred Action” to facilitate the building of a comprehensive logistic industry platform in Shenzhen according to the “13th Five-Year” Strategic Plan; in the meantime, balance between future development and current operating results and strive for a better performance for the best interests of the shareholders .

Shenzhen International Holdings Limited
Shenzhen International Holdings Limited, a company incorporated in Bermuda, is a company listed on the main board of the Stock Exchange of Hong Kong. The Group is indirectly held as to approximately 44.8% equity interest by the State-owned Assets Supervision and Administration Commission of the People’s Government of Shenzhen Municipal through Shenzhen Investment Holdings Company Limited.

The Group is principally engaged in logistics and toll road business. The Group carried out the investment, construction and operation of logistic infrastructure facilities through expansion, mergers and acquisitions, restructuring and consolidation, and provided various value-added logistic services to customers. The Group has established a “2+X” industrial structure with modern logistic and toll road business as its core. Meanwhile, the Group expanded the scope of business to a number of segment markets including comprehensive development of lands related to logistics industry, and investment in and operation of environmental protection industry. The Group’s business presence is mainly concentrated in Guangdong-Hong Kong-Macao Greater Bay Area, Yangtze River Delta and Pan-Bohai Rim. 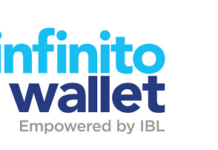 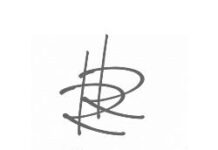