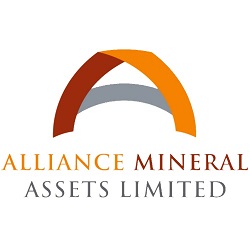 (ACN Newswire) – Alliance Mineral Assets Limited (ASX: A40; SGX: 40F) (the Company or Alliance) is pleased to advise that the recently commenced exploration drilling has demonstrated further evidence of an extensive mineralised pegmatite body at its Bald Hill Lithium and Tantalum Mine in Western Australia (Bald Hill Mine).

The intercept is located between hole LRC0707 (21m @ 1.50% Li2O) to the north and a number of significant intercepts to the south. This area has been interpreted as a single sub-horizontal pegmatite body or group of bodies (Pegmatite 3 West), below the pegmatite bodies Alliance is currently mining at the Bald Hill Mine.

In the coming months, systematic drilling of Pegmatite 3 West Exploration Target will be undertaken as part of the current 60,000m drill program.

Managing Director Mark Calderwood said: “We anticipated that the deepest pegmatite body below and to the west of the current pit design, referred to as Pegmatite 3 West, could be linked to the 21m at 1.5% Li2O intercept in a water exploration drill hole located some 1.15km to the north. The mineralised pegmatite intercept in LRCD0842 strongly supports this interpretation.

The Exploration Target of 17-24Mt for Pegmatite 3 West does not include overlying pegmatites which form part of the current 13.5Mt Inferred mineral resource and which are currently the main focus of infill and extensional drilling.

Only 20% of the 8.8km2 prospective Southern Mineralised Area (SMA) (refer Figure 3) has been drill tested for lithium to date. The SMA itself represents only 1.1% of the entire Bald Hill tenure.”

Pegmatite 3 West
In 2017, drilling at the Bald Hill Mine intercepted a deeper pegmatite or group of sub-horizontal pegmatites (Pegmatite 3 East) at approximately 100m below surface. Pegmatite 3 East has been drilled to sufficient density for resource classification, and a portion of this is included in the current pit design and reserve.

Drilling to the west of the existing pit has been limited, however it returned a number of significant intercepts[2] prior to the end of the 2017 drilling campaign. Drilling further north also intercepted significant mineralisation in water exploration drill hole LRC0707 (21m @ 1.50% Li2O). It was interpreted that the LRC0707 intercept might be an extension to Pegmatite 3 West. Recent core drilling between these two areas has intercepted an approximate 20m interval of spodumene mineralised pegmatite from 189m which supports this interpretation.

The western and northern limits of the known extent of Pegmatite 3 West contain 21 wide-spaced drill intercepts, all of which are mineralised and 17 of which contain significant mineralisation. Based on these drill holes, Alliance has defined a 1km[2] Exploration Target area (refer Figure 1) and estimates the Exploration Target area ranges from 17Mt to 24Mt grading 1.25% to 1.40% Li2O and 150 to 180ppm Ta2O5 (refer Table 1) extending generally between 140m and 220m below surface. The Exploration Target excludes any pegmatites or resources which overlie Pegmatite 3 West.

Pegmatite 3 West contains both coarse spodumene and tantalum minerals but is predominantly spodumene type pegmatite. It is located immediately adjacent to or below current operations and existing resources and reserves.

Ongoing Exploration
Two RC drill rigs are currently drilling on the eastern extension of the current resource. A single diamond rig commenced on RCD0842 to test Pegmatite 3 West and potential deeper pegmatites to determine the optimal drill depth north and west of the pit. In the coming months Alliance will undertake systematic drilling of Pegmatite 3 West as part of the current 60,000m drill program.

Full press release can be viewed at https://bit.ly/2PUADPQ

[1] Refer to Figures 1 and 2 on pages 3 and 4 for locations and Tables 2, 3, 4 and 5 for drill hole details.
[2] Refer to SGX announcements: “Significant Exploration Results Continue at Bald Hill” on 6 December 2017, “Significant High-Grade Lithium Discoveries” on 2 August 2017 and “Lithium Ore Reserve Increase at Bald Hill” 6 June 2018

Competent Persons Statement
The information in this announcement that relates to exploration results and exploration target that have been reported for the first time is based on and fairly represents information and supporting documentation prepared by Mr Mark Calderwood, a full-time employee of the Company. Mr Calderwood is a member of the Australasian Institute of Mining and Metallurgy. Mr Calderwood has sufficient experience relevant to the style of mineralisation under consideration and to the activity which he is undertaking to qualify as a Competent Person as defined in the 2012 edition of the “Australasian Code for Reporting of Exploration Results, Mineral Resources and Ore Reserves” (JORC Code). Mr Calderwood consents to the inclusion in this announcement of the matters based on his information and supporting documents in the form and context in which it appears.

Forward Looking Statements
This announcement may contain forward looking statements and projections including regarding estimated resources and reserves, production and operating costs profiles, capital requirements and strategies and corporate objectives. Such forward looking statements/projections are estimates for discussion purposes only and should not be relied upon as representation or warranty, express or implied, of the Company. They are not guarantees of future performance and involve known and unknown risks, uncertainties and other factors many of which are beyond the control of the Company. The forward looking statements/projections are inherently uncertain and may therefore differ materially from results ultimately achieved.

While the information contained in this announcement has been prepared in good faith, neither the Company, nor any of its directors, officers, agents, employees or advisors make any representation or give any warranty, express or implied, as to the fairness, accuracy, completeness or correctness of the information, forward looking statement, opinions and conclusions contained in this announcement. Accordingly, to the maximum extent permitted by law, none of the Company, nor any of its directors, officers, employees, agents or advisers, nor any other person accepts any liability whether direct or indirect, express or limited, contractual, tortious, statutory or otherwise, in respect of the accuracy or completeness of the information or for any of the opinions contained in this announcement or for any errors, omissions or misstatements or for any loss, howsoever arising, from the use of this announcement. The Company disclaims any obligation to update or revise any forward looking statements based on new information, future events or otherwise except to the extent required by applicable laws.