SAN CLEMENTE, CA & MELBOURNE, AU – (ACN Newswire) – ReShape Lifesciences™, a developer of minimally invasive medical devices to treat obesity and metabolic diseases, announces that as of April 1, 2019, the company was selling its LAP-BAND® product in the Australian market through a relationship with Satori Healthcare. Satori Healthcare is a medical device distributor focused on the Australian bariatric market.

The founder of Satori Healthcare has over 20 years of experience in the medical device industry, including 6 years of direct responsibility for LAP-BAND while it was owned by Allergan and Apollo Endosurgery respectively. Concurrent with this relationship, ReShape Lifesciences has fully taken over all distribution of the LAP-BAND product in Australia from Apollo Endosurgery, Inc. and will subsequently be recognizing revenue from sales of the product in Australia.

Over 120,000 LAP-BAND procedures have taken place in Australia since the product was launched in the country, making Australia one of the largest worldwide markets for LAP-BAND outside of the U.S. Australia was one of the early adopters of the LAP-BAND technology and has produced some of the strongest data and research on the product. According to the OECD 2017 Obesity Update, based on self-reported data, 27.9% of the Australian adult population are obese, the fifth highest obesity rate of any developed country.

ReShape Lifesciences™ (OTCQB: RSLS) is a medical device company focused on technologies to treat obesity and metabolic diseases. The FDA-approved LAP-BAND® Adjustable Gastric Banding System is designed to provide minimally invasive long-term treatment of severe obesity and is an alternative to more invasive surgical stapling procedures such as gastric bypass or sleeve gastrectomy. The ReShape Vest™ System is an investigational, minimally invasive, laparoscopically implanted medical device that wraps around the stomach, emulating the gastric volume reduction effect of conventional weight-loss surgery. It is intended to enable rapid weight loss in obese and morbidly obese patients without permanently changing patient anatomy.

India sees Huge Headroom for Growth Across TV and Digital

Jones - May 5, 2021
0
At the Asia Video Industry Association's (AVIA) recent Future of Video India conference, industry leaders remained upbeat on the potential for growth despite a...

Stakeholders from the Australian Government Highlight the Use of AI in Creating Smart and... 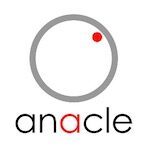 Jones - April 5, 2021
0
The Great Outdoors RV (TGORV), with its stunning displays, rustic charm, and state-of-the-art, fifteen-acre facility since its move in July of 2020, has announced...
© All Rights Reserved EventsNewsAsia.com 2018