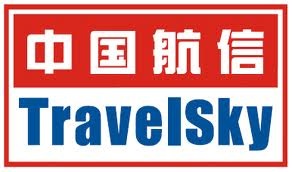 In 2018, the total revenue of TravelSky amounted to RMB7,472.1 million, representing an increase of 11.0% year-on-year. Profit before taxation increase 0.7% to RMB2,650.4 million. Profit attributable to the owners of the Company increase 3.4% to RMB2,325.1 million. Basic and diluted earnings per share were RMB0.79. The Board of Directors recommended a final cash dividend of RMB0.269 per share.

In 2018, the Company further closely aligned the research and development focus with the industrial trend and customers’ demand and continued to enhance its aviation-related information technology services and its extended services, with an aim to fulfill the demand of commercial airlines for the information technology solutions on travel convenience, e-commerce, auxiliary services and international services. As a strategic partner of the Fast Travel project of IATA, the commonly used self-service check-in system (CUSS) has been launched in 183 major domestic and international airports, and the online check-in service has been applied in 316 airports at home and abroad. Such products and services, together with the mobile check-in service and SMS check-in service, processed a total of approximately 296 million departing passengers. The number of users of our self-developed mobile application, “Umetrip”, has witnessed stable growth, with Shanghai Pudong, Changsha and other airports carrying out “airport zone” cooperation, creating a number of airport application innovative products, and improving the quality of service for passengers, airlines and airports. During the year, apart from the adoption of our APP services by all major commercial airlines in the PRC, more foreign and regional commercial airlines were using the Company’s APP system services, multi-host connecting program services and the Angel Cue platform connecting services, resulting in the increase of the number of such users to 154, with approximately 18.8 million of passenger departures processed in 105 airports.

For accounting, settlement and clearing services, the Group has continued to consolidate and expand its accounting, settlement and clearing market, fully promoted value-added products of passenger transport settlement system, and gained new customers in cargo transport and airport business areas. Meanwhile, the system research and development and production were carried out as scheduled. The third generation of settlement system started research and development work of an order-based revenue settlement system that meets NDC/ONE ORDER industry standards and meets e-commerce retail demand of commercial airlines. Such system has been put into production in Sichuan Airlines Co., Ltd. With development led by scientific and technological innovation, the settlement company has acquired the qualifications of hi-tech enterprises, obtained the evaluation certificate of software enterprises, and was appraised as “2018 top 100 enterprises in comprehensive strength class in software and information service industry of Beijing”. In 2018, there were approximately 957.6 million transactions processed with the accounting, settlement and clearing system of the Group and approximately 395.7 million BSP tickets processed with our BSP data processing services. In the same period, passenger, cargo and mail revenue, miscellaneous fees as well as international and domestic clearing amount settled by agents amounted to approximately USD10.67 billion, and the transaction amount of the electronic payment system was approximately RMB99.75 billion.

For distribution information technology services, the Group’s travel service distribution network comprises over 70,000 sales terminals owned by more than 8,000 travel agencies and travel service distributors. The network processed over 542.3 million transactions throughout the year with transaction amount up to RMB513 billion. Moreover, the Group continued to develop overseas distribution pipelines while increasing R&D and production of, and expanding the market of, the key products of distribution of information technology services. Also, in Australia and New Zealand, the Group joined BSP and signed overseas sales agreements with 12 Chinese commercial airlines to be prepared for expanding sales pipelines for overseas markets.

For airport information technology services, the Group continued to enhance research and development and promotion of airport information technology service and product, secured the market share of the traditional departure front end service and product, actively participated in construction projects of domestic airport information system. The departure front end system of the new-generation APP dominated China’s large and medium-sized airports. Furthermore, the system assisted commercial airline companies in providing various services for passengers, such as, boarding, transit and connection, in 164 overseas or regional airports. The person times of departure passengers receiving such services reached approximately 43.9 million, accounting for 91.6% of the number of passengers returning from overseas of such commercial airline companies. The Airport Shared Connectivity and Infrastructure Integration (ASCII) has been extended to 22 new, rebuilt and expanded airports in Urumqi, Shanghai Hongqiao, Ningbo, Qingdao and etc. The Company has promoted the construction of “Facial Recognition & ID Authentication” product for security inspection. With a combination of biometric technology and security inspection information system, such product has helped realize the comparison of passenger’s insensitive facial recognition to their identity in the security inspection corridor, not only greatly improving the accuracy and professionalism of airport security inspection certification, but also improving the efficiency of airport security inspection operation. Airport operation command platform has been widely used in Shenzhen, Changsha, Qingdao, Urumqi, Dalian, Mianyang and other airports. This will help promote the intelligent development of airport operation.

Mr. Cui Zhixiong, the Chairman of TravelSky said, “The year 2019 marks the Seventieth Anniversary of the founding of the People’s Republic of China. It is the key year to build a well-off society in an all-round way and achieve the goals of the first century. It provides valuable historical development opportunities for the Group to further consolidate its market position, expand its business, and give full play to its industry experience and technological advantages. The Group will continue to firmly focus on its development strategy to work hard in key areas and links of reform, promote the optimization of its operation and management system as a whole, and scientifically plan its key reform tasks. At the same time, it will also continue to adhere to making progress while maintaining stability, clarify the development pattern, focus on strategic priorities, accelerate the improvement of core capacity and continuously strengthen followings: Firstly, the foundation of operation and maintenance. Build a new operation and maintenance system adapted to the current open environment and the development of new technologies in the future by improving the ability of operation and maintenance support. Secondly, the source of scientific research and entrepreneurship. Enhance the sustainable competitive advantage by enhancing the ability of scientific research and development. Thirdly, the key market areas for prosperity. Improve its market competitiveness so as to play a more important role in industry trend research and judgment, industry standard construction, overall product planning and so on. Fourthly, its service. By improving customer service capabilities, build a service system for meeting market needs and customer needs.”

TravelSky Technology Limited (HKEX Stock Code: 00696)
TravelSky Technology Limited is a leading provider of information technology solutions for China’s aviation and travel industry, standing at a core tache along the value chain of China’s aviation and travel service distribution. The Group has been devoted to serving the needs of all industry participants ranging from commercial airlines, airports, travel products and services providers, travel agencies, travel service distributors, corporate clients, travelers and cargo shippers, as well as major international organisations such as International Air Transport Association (IATA) and government bodies, with the scope of services covering the provision of critical information systems on flight control, air ticket distribution, check-in, boarding and load planning, accounting, settlement and clearing, etc.. With more than three decades of tenacious development, the Group has built up a complete industry chain for aviation and travel information technology services, established a relatively comprehensive, competitively priced product line of aviation and travel information technology services with robust functionality. For further details regarding to TravelSky, please visit its website at http://www.travelskyir.com/.