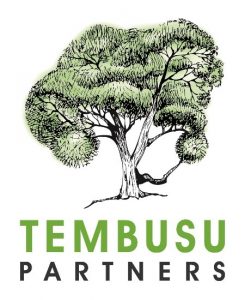 The pan-Asian investment firm also announced the appointment of Mr Lim Ming Yan, former CEO of property giant Capitaland, as Chairman of its China Advisory Board as Tembusu seeks to increase in investments in China, coinciding with the central government’s efforts to liberalise the economy and promote innovation.

Tembusu’s 80-20 joint-venture with a Guizhou state-owned entity is the first in the southwestern province to secure the QFLP license. The latter allows investors to enjoy an ‘express lane’ for regulatory approval and taxation, without the issue of foreign currency convertibility. By shortening transaction time and investment process, foreigners can make multiple direct investments in Chinese companies more easily.

Funds launched by Tembusu will invest primarily in technology, infrastructure, healthcare, tourism and impact related projects in China. Through the funds, investee companies will also be eligible for financial incentive schemes from the Chinese government.

Through a strategic partnership with the Guizhou government, Tembusu will receive first-hand access to deal flow. Tembusu has established an office in Guiyang, the provincial capital, since 2017. With operations in Shanghai and Guiyang it is registered as a private equity fund manager with the Asset Management Association of China. Established in 2006, Tembusu holds a Capital Markets Services licence issued by the Monetary Authority of Singapore.

In line with this initiative, Tembusu announced the appointment of Mr Lim Ming Yan as Chairman of Tembusu’s China Advisory Board. Mr Lim retired late 2018 as President and CEO of Singapore Exchange-listed Capitaland Limited, ending a 22-year career with one of Asia’s largest real estate development companies. He brings with him a wealth of experience in capital markets as well as strong networks in China.

“I am delighted to join Tembusu’s China Advisory Board. Tembusu is a well-regarded Singapore homegrown private equity specialist which has helped fund and nurture a number of emerging Asian companies. I hope to bring my experience and understanding of China to assist Tembusu in its China initiatives,” Mr Lim said.

Mr. Andy Lim, Founder and Chairman of Tembusu Partners, said: “The funds we intend to launch will enable Tembusu to bridge the investment communities of China, Southeast Asia and the rest of the world through accelerated deal flows. As China continues to open up and connect with the world, the funds will pave the way for more to participate starting from Guizhou. I am honoured that Ming Yan has agreed to spearhead our China Advisory Board and am confident that he will open up new opportunities as we seek to participate in the growth of some of China’s most promising companies.”

About the Tembusu QFLP Scheme

The QFLP status allows Tembusu to enjoy the benefits of the policy and greater access to onshore transactions as it expands its footprint in China. Tembusu, which focuses on pan-Asian businesses, is aiming to tap growth in China, which has evolved into one of the world’s largest markets and an innovation leader driven by a new generation of entrepreneurs, especially in the technology sector.

The launch of Tembusu China Funds under the QFLP scheme will allow direct conversion of foreign capital into renminbi for investments in domestic Chinese companies. New QFLP fund managers are evaluated based on investor calibre, overall assets and scale of existing funds.

Located in southwest China with a population of 35 million, Guizhou province has transformed into China’s foremost big data hub since 2015, when China’s State Council under then-Premier Li Keqiang declared it as the country’s ‘National-level Pilot Zone’ for big-data development. Its economic prominence has also increased since that same year, following the introduction of government policies to support growth of Guizhou-based companies. Since 2016, eligible companies seeking to raise funds from the capital market were provided an accelerated channel by the China Securities Regulatory Commission.

Situated in temperate climate and supported by the state government, Guizhou has attracted global Internet giants such as Apple, Huawei Technologies and Tencent Holdings to open and operate secure data centres at significantly lower costs and with greater energy efficiency. These developments have increased investments focused on technology and big data in the region. Guizhou is one of the fastest-growing provinces in China, ranking among the top three in economic growth rate in the country for 27 consecutive quarters, and standing above 10% for 14 consecutive years. Guizhou posted a 10% increase in gross domestic product in the first half of 2018.

Tembusu Partners is a private equity investment firm that invests in promising early and growth-stage companies with a view to generating optimal returns for both investee companies and investors. Besides supporting companies through mezzanine and equity financing, it also lends operational expertise to help them grow. Headquartered in Singapore, its primary geographical markets are within Emerging Asia – comprising China, India and Southeast Asia. For more information, please visit: www.tembusupartners.com

Breakthrough Cooperation of Legend Capital’s Cross-border Portfolio Companies: Innovent and Etana Jointly Announce the Approval of Bevagen by the BPOM