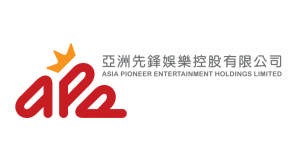 Profit and Total Comprehensive Income Surged by 361% to HK$20.7 million

Revenues for FY2018 increased by 27% to approximately HK$110 million from approximately HK$86.1 million for FY2017. The strong revenue growth was driven by continuous growth in the Group’s core lines of businesses including sales and distribution of electronic gaming equipments (EGEs), which included two lease sales it made in Cambodia and Philippines; consulting services to equipment suppliers; repair of EGEs; and sales of refurbished machines.

In addition to the outstanding operating results achieved in FY2018, the Group also made exciting progress in business expansion in both Macau and overseas market.

For the overseas market, according to a recent industry report, Asia’s mass gaming and slots market grew around 15% YoY in USD Gross Gaming Revenue for 2018, with the Philippines up 25% YoY and Cambodia up 32% YoY, both the fastest in the Asia markets.

Mr. Allen Huie, APE’s Chairman, commented, “APE is a proven EGE company in Macau. It is always in our plans to leverage our product knowledge and experience in Macau to access the South East Asian markets. In the coming years, we were able to initiate our Asian expansion with lease sales in Cambodia and the Philippines, the two countries with rapid growth in EGEs.”

While for the Macau market, APE has continued to introduce new products and games. In FY2018, APE introduced a new horse racing machine from Konami Australia to a casino client in Macau, securing two purchases. APE’s consulting division also helped an EGE supplier to get certification for several new games under development.

Mr. Herman Ng, APE’s CEO and Executive Director, said, “Exploring and implementing new products and games are essential to the electronic gaming market. The Group needs to continuously seek new games that suit casinos and players. We feel confident that our experience will put us in a good position to bring new products and games, which will support APE’s sustainable growth.”

Mr. Ng added, “For the year forward ahead, we believe the Macau market will remain strong with continue demand from mass gaming market, as well as two planned new casino openings in Cotai, Macau. We also see bright growth prospects in Asian markets such as Philippines, Cambodia and Vietnam.”

About Asia Pioneer Entertainment Holdings Limited
Asia Pioneer Entertainment Holdings Limited (“APE”) is a total solutions provider of electronic gaming equipments (“EGEs”) for land-based casinos in Macau SAR as well as other regions in Asia. EGEs include electronic table games (“ETGs”) and electronic gaming machines (“EGMs” or “Slot Machines”). APE’s business can be segmented into: (i) technical sales and distribution of EGEs to land-based casinos; (ii) the repair of EGEs and sale of spare parts; (iii) consultancy to suppliers or manufacturers of EGE products to the casino gaming supplier market, (iv) sales of refurbished EGMs, and (v) lease sales of EGEs to customers.

Jones - August 11, 2022
0
Habitat for Humanity's Terwilliger Center for Innovation in Shelter announced today a US$300,000 equity investment in TapEffect, a Cambodia-based startup which provides clean and...

Jones - August 11, 2022
0
The 17th global edition of World Cyber Security Summit will be held under the auspices of H.E. Dr Bisher Al-Khasawneh, Prime Minister of the Hashemite Kingdom...

Jones - August 11, 2022
0
In an effort to mitigate the cybercrime landscape in the Philippines and support The Department of Information and Communications Technology with its efforts, Tradepass...

Jones - August 11, 2022
0
Pacific Green Technologies, Inc. (the "Company" or "Pacific Green", (OTCQB:PGTK)) announces that it has successfully completed its first milestone in the process of diversifying...
© All Rights Reserved EventsNewsAsia.com 2018