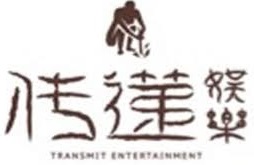 HONG KONG – (ACN Newswire) – Transmit Entertainment Limited (“Transmit Entertainment” or the “Company”, together with its subsidiaries, the “Group”; stock code: 1326) issued today a positive profit alert for, based on the preliminary review on its unaudited consolidated management accounts for the six months ended 31 December 2018, the Group is expected to record net profit of over HK$40 million, turning around from a loss attributable to owners of the Company of approximately HK$28.9 million for the corresponding period last year.

The outstanding results were attributable to the increase in revenue from film production and distribution thanks to the release of the film “L Storm”, which was a big success, and also the profit contributed by the wholly-owned subsidiary Khorgas Houhai Culture Media Company Limited (“Houhai Culture”), which was acquired by the Group in August 2018, consolidated into the accounts of the Group for the first time, contributing to the overall performance of the Group.

Ms Zhao Wenzhu, President and Executive Director of Transmit Entertainment, said, “We are committed to developing Transmit Entertainment into a leading all-round film and TV entertainment provider. After we acquired Houhai Culture last August, we now hold via it Broadcasting and TV Program Production and Operation License and intellectual property rights of variety shows and TV series. That plus the Group kicking off cooperation recently with several famous artiste management agencies and scriptwriters, giving it much boosted artiste and scriptwriters resources, the Group has a strong foundation for producing more quality TV series in the future.

“Going forward, Transmit Entertainment will continue to build its business like a pyramid with great productions as foundation, projects as pillars and talent on the top, developing an ‘entertainment pyramid’ with innovation and dedication and in turn create a new entertainment model. We will tap the huge potential of film and TV business in Greater China and capture the development opportunities presented by the consumption upgrade of entertainment content, with the aim of creating satisfactory returns for shareholders.”

The Parallel Hungers to Contribute to the Metaverse Revolution 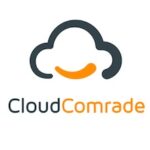