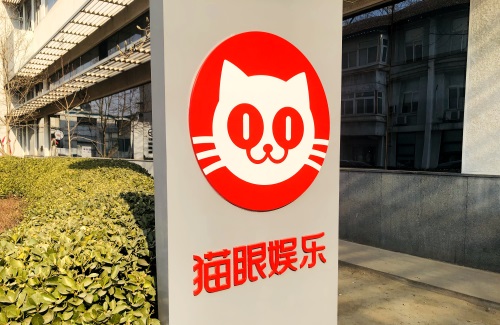 HONG KONG – (ACN Newswire) – China’s entertainment market has already become the second largest in the world, after that of the United States but, even after reaching a market size of RMB1,283 billion in 2017, the industry is not done growing yet.

It is expected that China’s entertainment industry will further grow to RMB3,213.8 billion in 2022, representing a CAGR of 20.2% from 2017, far outpacing the growth of the global industry, according to the iResearch Report.

The remarkable rise of China’s entertainment market has also fueled the growth of Maoyan Entertainment, the largest platform providing innovative Internet-empowered entertainment services in China. Maoyan has grown from an online movie ticketing service provider to a leading integrated platform in the entertainment industry empowering players.

To understand Maoyan’s rapid growth, and the potential that lies ahead, it’s necessary to understand the factors fueling the robust growth of China’s entertainment market.

The development of the mobile internet and extensive adoption of mobile payment in China have made the entertainment experience much easier than ever before. Moreover, with the growing spending power and upgrade of consumption, Chinese consumers are willing to pay more for entertainment.

Meanwhile, the entertainment industry is offering better quality content in more diversified and personalized entertainment formats. Consumers with diverse tastes and preferences are enjoying an ever-expanding selection of quality entertainment.

Take the movie market as an example. The number of movie screens in China increased from approximately 13,000 at the end of 2012 to over 51,000 by the end of 2017, with the number of screens per 100,000 capita increasing from 1.0 to 3.7. At the same time, a greater number of high quality domestic movies were also produced by China’s movie industry. China’s movie business and market is entering its golden era.

China is already the second largest movie market in the world after the United States, with box office revenue exceeding RMB60.9 billion in 2018. Even with the highest number of movie screens in the world, the number of screens and movie admissions per capita in China are still at a much lower level compared with those of the United States, which leaves huge potential for future growth.

The rapid growth of the entertainment market has provided a wide track for Maoyan, making it a giant of China’s entertainment industry in just three years.

Maoyan has played an important role in the growth of China’ entertainment market as a key industry innovator.

With a one-stop shop for entertainment for consumers, enhancing user engagement and experience with entertainment ticketing, merchandise and in-venue food and beverage pre-ordering, Maoyan has become the leading entertainment service and the largest online entertainment ticketing service platform in China, with monthly active users (MAU) averaging 134.6 million and a market share of 61.3%, as measured by GMV of movie tickets sold in the first nine months of 2018, according to the iResearch Report.

Leveraging its large user base, Maoyan has expanded into ticketing services for entertainment events, including concerts, live performances, exhibitions and sports events, and is the second largest player by GMV in the first nine months of 2018.

Based on the valuable user behavior data generated from its large number of users and their ratings and commentaries, Maoyan has developed profound insights into audience preferences and China’s entertainment industry trends, which enabled Maoyan to enter the entertainment content services business.

As a pioneer in China in the area of providing Internet-based promotion and distribution services for movies, Maoyan quickly became the largest lead distributor of domestic movies. The entertainment content services have become a new growth engine for Maoyan. The revenue from the services jumped by 152.5% in 2017 to reach RMB852 million. In the first nine months of 2018, revenue from entertainment content services further grew to RMB910.2 million, an increase of 121.5% year-over-year, accounting for about 30% of Maoyan’s total revenues.

Based on its internet technology, big data, both offline operation efficiency and online collaboration, and entertainment business insights, Maoyan is aiming to build next-generation service for the entertainment industry.

Maoyan is well-positioned to expand along the movie industry value chain and into new entertainment sectors based on its capabilities and resources, such as extensive user coverage, brand recognition, data and technology, industry insights and operation expertise. That’s why Maoyan is called a super platform for entertainment service. Obviously, Maoyan has a huge opportunity to scale its business to build a sustainable business model.

Although Maoyan has many stories of success, this is still the first chapter of its long journey to become a great company.