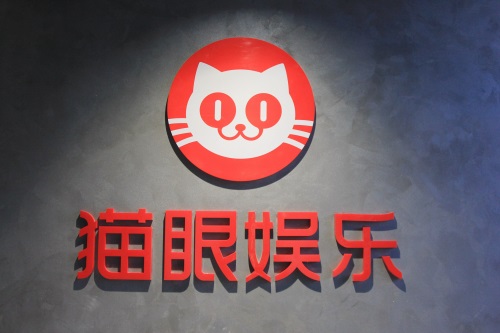 HONG KONG – (ACN Newswire) – The internet and digital technologies have fundamentally changed the way people discover and enjoy movies and entertainment in China. More than 85% of all movie tickets in China were sold online during the first nine months of 2018, according to the iResearch Report, far exceeding the penetration of online ticket sales in the US.

Maoyan Entertainment has been at the center of this transformation, and one of its key driving forces, allowing it to grow into a leading platform providing innovative Internet-empowered entertainment services in China.

Since Maoyan entered the online movie ticketing business in 2012, it has constantly innovated to provide consumers with greater flexibility and convenience. Maoyan was one of the first platforms to introduce online seat selection and the first in China to offer ticket pre-sales online.

Maoyan has also expanded into ticketing services for entertainment events, such as concerts, live performances, exhibitions and sports events, and is the second largest player by GMV in the first nine months of 2018, according to the iResearch Report.

As a one-stop entertainment consumption platform, consumers can discover content and make informed decisions based on a wealth of entertainment information, user-generated ratings and commentaries. They can enjoy comprehensive entertainment services, including ticketing, IP-derivative merchandise and in-venue food and beverage pre-ordering.

Transforming China’s entertainment industry with the power of the Internet

The one-stop entertainment consumption services and rich entertainment content helped Maoyan attract a large and loyal user base. Its monthly active users (MAU) averaged 134.6 million in the first nine months of 2018, making it the largest online movie community in China, according to the iResearch Report. Its Maoyan Pro app is the most popular professional app for the entertainment industry in the country.

With rich entertainment content, the platform has accumulated 2.2 billion views for movie trailers, 158 million movie ratings and 70.6 million commentaries as of September 30, 2018. The large user base and active engagement provide Maoyan with unique and highly valuable data insights on user consumption behaviors and entertainment preferences.

Leveraging innovative technologies and data insights, Maoyan has grown from an online movie ticketing service provider to a leading integrated platform in the entertainment industry empowering players in content production, distribution and promotion.

Maoyan started to act as a lead distributor of movies in 2016. As one of the first companies in China to provide Internet-based promotion and distribution services for movies, Maoyan quickly became the largest lead distributor of domestic movies in terms of China gross box office for the 21 months ended September 30, 2018, according to the iResearch Report. In the first nine months of 2018, Maoyan provided entertainment content services for movies that contributed to over 90% of the gross box office in China.

Maoyan has built its market leadership through its extensive online user reach and scale, big data analytical capabilities, and its considerable online and offline resources in China. With powerful network effects, it is well positioned to expand along the movie industry value chain and into new entertainment content services sectors, such as TV series, web series, web movies, variety shows and entertainment events.