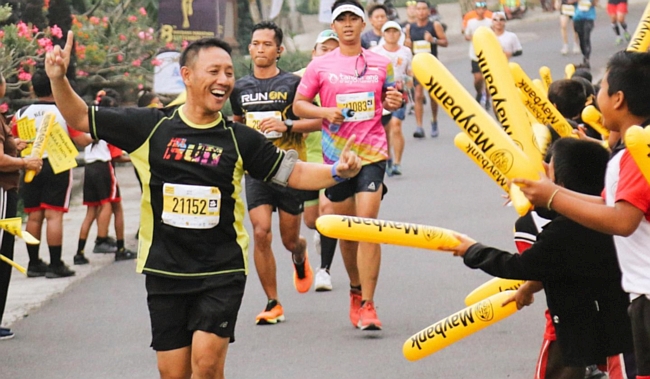 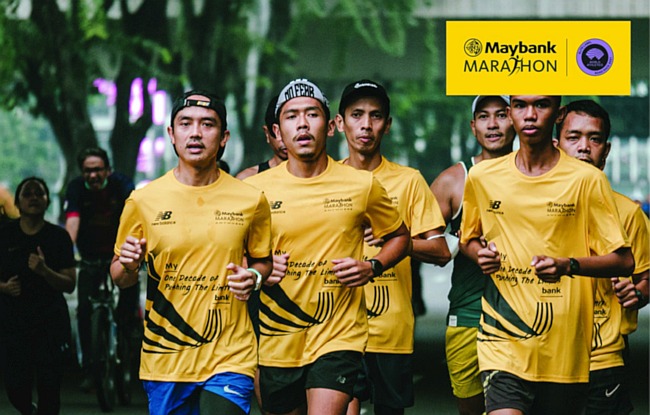 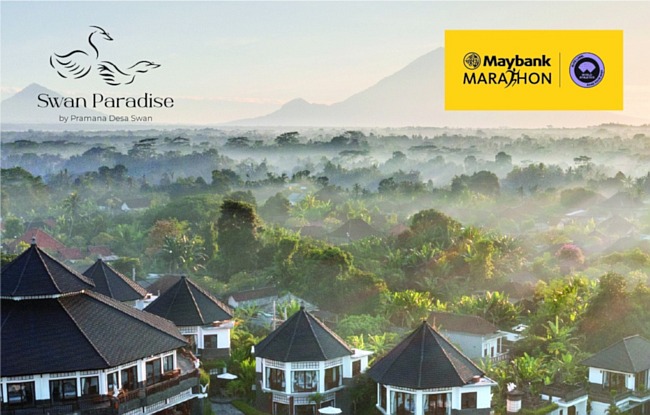 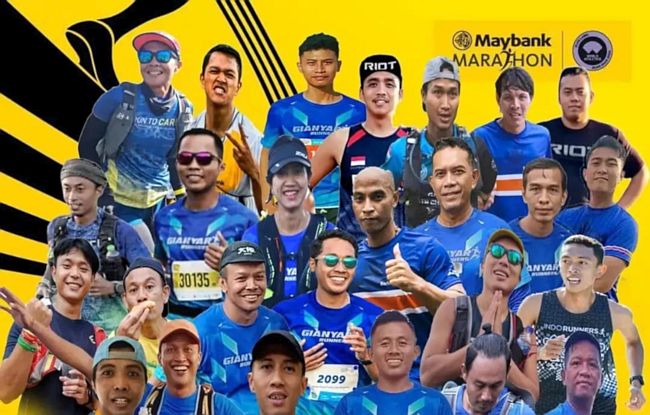 “Maybank Indonesia is honoured and proud to have organised Indonesia’s first and only World Athletics ‘Elite’ road race Maybank Marathon, for all national and international marathon aficionados and athletes. The ‘Elite’ label has placed both Maybank Marathon and Indonesia prominently in the world of athletics, specifically marathon sports,” concluded Widya.

Maybank held a press conference on Saturday, 27 August at Taman Bhagawan, Bali, to preview the 2022 Marathon. The conference was hosted by Widya Permana, the Project Director and Deniawan Rachmatialevi, the Project Manager of Maybank Marathon 2022.

Maybank Indonesia witnessed strong runner enthusiasm to join Maybank Marathon 2022 as total participants were on par with events before the pandemic. The support of the central and regional Governments during this recovery period made it possible for marathon enthusiasts to participate in this year’s Marathon, said Project Director Widya.

Safety and Security
From a safety and security perspective on the 42.195 km road race, the Organising Committee mobilised 850 Police personnel from Bali Police Department and 450 pecalang (neighbourhood / citizen security) from surrounding villages in Gianyar Regency. The Bali Police Department implemented traffic management along the course, mainly on Bypass I.B. Mantra, through the rural streets from Ketewel village, Guwang village, and the road to Medahan village.

In addition, from perspective of safety and well-being for the runners, the Organising Committee deployed around 850 marshals, an approximate 180 paramedics team, and 26 ambulances, consisting of 11 ambulance cars, 15 ambulance motorbikes and one ambulance car with emergency installation standards along the course, as well as 40 pacers, trained in First Aid Emergency Cardiopulmonary Resuscitation (CPR) procedures to handle any emergency conditions.

From Friday (8/26) to Saturday (8/27), Maybank held the Race Pack Collection (RPC) for participants to collect race packs prior to the race. For runners’ safety, Maybank applies a ‘You Register, You Run’ policy which sets mandatory rules for all participants to collect race packs according to registered name and prohibits proxy to collect the pack. The run slots are non-transferrable, and runners can only join the race based on the selected category upon registration.

Considering the safety of runners, Maybank Marathon applies rules in line with Government Regulation regarding Outdoor Events, outlining the requirement for all runners to have at least a third vaccine (booster) and a mandatory Peduli Lindungi scan prior to entering the Race Pack Collection venue and Race Village. Participants are also mandated to follow health protocols, such as wearing masks, using hand sanitiser and keeping social distance during the event.

About Maybank Marathon
Maybank Marathon is an international level marathon organized by PT Bank Maybank Indonesia, Tbk (Maybank Indonesia} since 2012 which offers a full marathon (42.195 km), half marathon (21.0975 km), and 10K (10 km). Various recognition has been achieved by Maybank Marathon, among which: included as one of the eleven “Remarkable races in the world that one must participate before you die” by The Active, one of “The 52 Best Races on Earth 2016” by Runnersworld, Best Marathon 2016, Best Half Marathon 2015, and the Most Popular Sport Event 2018 by the Venue magazine.

As of June 2022, Maybank Indonesia has 354 branches, including Shariah branches spread across Indonesia, including one overseas branch in Mumbai, India, 22 Mobile Cash Cars and 986 ATMs connected with over 20,000 ATMs incorporated in ATM PRIMA, ATM BERSAMA, ALTO, CIRRUS, and connected to 3,500 Maybank ATMs in Singapore, Malaysia and Brunei. Maybank Indonesia manages customer deposits amounting to Rp111.66 trillion and has total assets valued at Rp167.33 trillion. Visit www.maybank.co.id.