Jian Xiao, Executive Director, Chairman and CEO of CMGE, stated at the Performance Meeting that several games to be released in 2021 had been delayed due to the failure of achieving the game license as scheduled, as well as greater contributions to development and research, caused 2021 adjusted net margin to decline by 21.9%

01. The company’s games have achieved international success with a year-on-year international game publishing revenue increasing by 7,260%, and another growth engine emerges.

It’s noteworthy that CMGE gained revenue of RMB459 million overseas, a year-on-year increase of 72 times. With this growth, its international revenue increased to 11.6% in 2021 from 0.2% in 2020, sharply representing the great progress from its overseas strategy of games.

At the Performance Meeting, Jian Xiao stated that CMGE, having committed to international game markets, has provided multiple games products in Hong Kong, Macao and Taiwan, Southeastern Asia, Europe and America and has created professional localization teams in products operation, marketing, user service and advertising. With the success of several products in practice, the international markets will be further developed, the revenue of which will also be increasing.

02. The company has laid a strong foundation for challenges with a year-on-year contribution increase of 48.9% in R&D for core competence of excellent self-developed products.

The research and development is a must for excellent products, and CMGE’s financial statements shows that it has been committed to the research and development. As indicated by a set of data, CMGE has a R&D team of 624 professionals by the end of the period, representing a year-on-year increase of 30.0%; its contributions to the R&D are increased from RMB208.6 million in 2020 to RMB310.7 million in 2021, representing a year-on-year increase of 48.9% and accounting for 7.9% of the corporate revenue.

In the long run, the enhanced R&D will lay a strong foundation for the continuous development of products for a game company.

Jiao Xiao believes that as the game industry has been more and more limited and regulated, the game companies must pay more attention to high-quality, multi-platform and long-cycle products and gain profits of one game from multiple platforms. Also, the companies need to attract more loyal customers and enhance user stickiness by the worldview and IP of games, social function and other factors.

Driven by technologies, the game developers should develop more quality products to meet new demands of gamers. The game “Sword and Fairy: World” self-developed by CMGE to be released is a model one.

“Sword and Fairy: World”, based on the worldview and IP of “Sword and Fairy”, is an immersive open-world RPG where gamers are provided with great freedom to make choices. The game is available on multiple devices including PC, console, mobile phone and VR. The game art meets the VR standard to offer the best immersive experience for gamers. CMGE expects that “Sword and Fairy: World” will be developed into a bestselling strategy game with an annual revenue of over RMB3,000 billion, a high profit ratio and a long life cycle.

03. The company expects a promising future as the returns of self-developed products in international markets will begin after significant games are released.

Next, CMGE is going to release a series of self-developed products and further promote its international markets strategy to earn more reputation among international gamers.

CMGE is scheduled to release several new games with license in the first half of 2022, including “A New Record of a Mortal’s Journey to Immortality”, “Ultraman: Assembly” and “All Star Fight” that were released this January.

In addition, CMGE is also looking forward to the license of several major new games including “Sword and Fairy: Wen Qing”, “Rakshasa Street: Chosen One”, “Cultivation Fantasy” and “Daily Life of Group Chat”.

As for the expected time when the license will be granted, Jian Xiao holds the view that the reason why the authority has stopped granting game licenses is essentially related to the improvement and review of the game protection system for the minors. In the long run, the government will still support the healthy development of game industry.

At the Performance Meeting, Jian Xiao stated that considering the status quo, the company’s R&D will truly pay off in 2023 with a target that the revenue of independent R&D business accounts for 40% or even more of the total revenue in 2023. 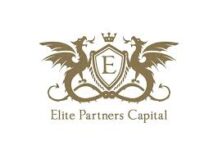