Yowie Group eagerly announces the debut of a new, “ultra” rare collectible, the Pacific Giant Glass Frog. This figurine is the rarest collectible Yowie has ever released and is a part of the newly released “Animals with Superpowers” series. Its superpower is translucency. Native to Ecuador and Columbia, their skin is translucent showing the organs, bones and muscles that lie beneath. This spectacular amphibian is Critically Endangered in the wild. Yowie hopes that being part of this new collection in a special way will bring added awareness to their plight and how they can be helped. 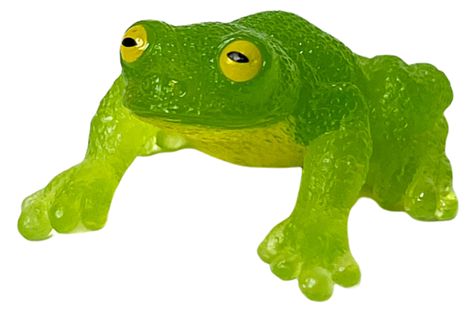 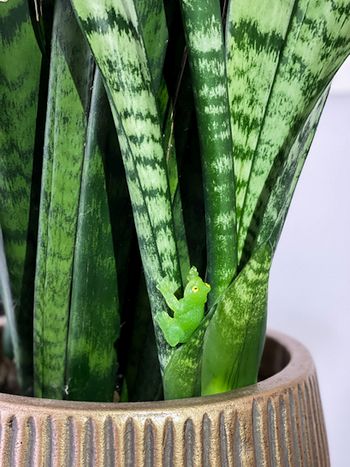 “I’ve been collecting Yowie since I was a child and was very excited when they came back,” said Ross. “I’ve been collecting the new series ever since! I was taken aback when I found the Glass Frog! It was amazing! I usually only buy when on special, but the new series had just come out, so I thought just get one. I knew of the Glass Frog and its rarity after seeing the first U.S. find. Never did I think I would be the first Australian finder!”

Information regarding the Pacific Giant Glass Frog is available on Yowie’s website so fans can learn more. For anyone eager to discover one or complete their “Animals with Superpowers” collection, Yowie surprise-inside chocolate eggs can be found in Woolworths stores across Australia.

“When we were developing this newest Animals with Superpowers collection, we wanted to do something special and different for our fans. This is our seventh series since the re-launch of Yowie in 2014, and we try hard to keep each new collection fresh and exciting. It is always special to us to call attention to amazing, endangered animals,” said Cynthia Thayer, Global CMO at Yowie Group. “This time, our intent was to very literally surprise collectors with an ultra-rare collectible, letting them be the first to bring it to light to the general public.”

Thayer further explained that there’s an opportunity for Yowie fans to obtain 21 new collectibles if you include the glass frog, in the new series: 19 fascinating endangered animals and two Yowie characters, Nap and Crag. Thayer added, “Yowie is on a mission to make learning about endangered wildlife fun with the added bonus of acquiring high-quality collectibles and 100 percent, clean-label milk chocolate treats.”

To learn more about Yowie’s future campaigns as well as their current Superpower collection, visit www.yowieworld.com, find them on Facebook, or look for @YowieWorld on Instagram. You can also find easy, interactive, and educational craft projects and games on their YouTube channel and on Pinterest. Collectors can leverage the ‘Yowie Collector’ app to keep track of their growing collection by downloading the free app on the Apple App store or on Google Play.

About Yowie
Yowie is best known for its flagship product, the Yowie surprise-inside chocolate. Each Yowie product is created in the shape of the Yowie characters and contains limited-edition collectible animal toys and a full color leaflet featuring a picture of the real-life animal, its profile and level of endangerment. Our social media channels and website allow collectors to learn more about the animals and their world while having loads of fun through games and competitions. The combination of tasty, clean-label treats, fun animal toys and a digital platform encourages kids to learn about the natural world and understand its need for protection. For more information visit www.yowieworld.com.