Bitdeer Group is excited to introduce its Mining Datacenter, which makes use of its unrivaled aggregate mining capacity to provide reliable, trustworthy digital asset mining services to clients.

By placing an emphasis on clean energy and taking advantage of proprietary innovations, Mining Datacenter represents a game-changer in the field of cryptocurrency generation and cements Bitdeer Group’s position as an undisputed industry leader. Bitdeer Group is committed to providing the world’s most reliable digital asset mining service. Mining Datacenter is one of the group’s three verticals, the others being the all-in-one mining platform Bitdeer and a smart mining service Minerplus. 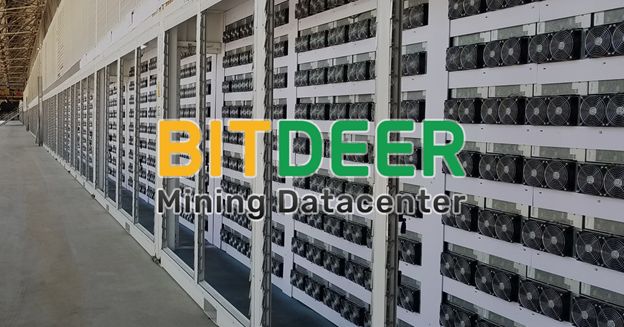 Drawing from eight years of experience, Mining Datacenter is the pioneer attempt within the industry to develop professional, standardized mining facilities. Since 2013, Mining Datacenter has provided site selection, facility design, construction, and post-construction maintenance service to more than 30 locations across the world, including in the United States, Norway, Canada, Indonesia, Kazakhstan, Kyrgyzstan, Tajikistan, and Bhutan, and 5 premium mining locations out of 30 have been reserved for Bitdeer Group’s proprietary and customer hosting purpose. “We are the West Point in the crypto mining industry,” said Matthew Wang, Head of Bitdeer Group’s Global Mining Datacenter.

Unparalleled Mining Capacity
The first facility of Mining Datacenter began construction in 2013 and became fully operational in January 2016. Since then, Mining Datacenter has quickly expanded its footprint across North America, Europe, and other countries and regions. In March 2021, it unveiled an ambitious construction plan for a 600,000-kilowatt facility. It also runs one of the largest mining operations in North America Currently.

Bitdeer Group’s Mining Datacenter is responsible for around 5% of the entire Bitcoin blockchain’s hashrate as of June 30, 2021, and is expected to reach approximately 3,000 megawatts in aggregate global capacity by 2023, which is now the world’s superior provider in terms of aggregate mining capacity.

Clean, Efficient Energy
Bitdeer Group is committed to clean, efficient energy use in mining operations and has implemented sophisticated technologies set to become next-generation industry standards. With the benefit of proprietary innovations, Mining Datacenter can operate at optimal levels under various climate conditions and link up with a range of power supplies.

One of Mining Datacenter’s breakthrough patents is its modular, energy-efficient structure for housing racks of equipment tailored to mine cryptocurrency. Other innovations include its optimized load-bearing layout, “W-shape” water-cooling system, as well as cutting-edge airflow and ventilation designs. These features decrease electricity consumption while increasing the power supply’s stability, resulting in better budget management.

Full International Compliance
Mining Datacenter first established its presence in North America in July 2018, and then in Northern Europe in November 2019. With this wealth of experience, the team has accumulated comprehensive knowledge about designing and building large-scale mining facilities in different regulatory environments. This playbook also ensures that the mining operation can adapt to various climate and power supply conditions.

Bitdeer Group’s Mining Datacenter facilities around the world are in full compliance with local laws and industry-specific regulations. The U.S. operations have passed Occupational Safety and Health Administration (OSHA) assessments. Mining Datacenter relies on licensed professional contractors for the construction work, with particular emphasis on ensuring the safety and compliance of its electrical engineering.

About Bitdeer Group
Bitdeer Group is the world’s leading digital asset mining service provider. It was founded by Jihan Wu, the co-founder of Bitmain and Matrixport, along with Sequoia Capital, IDG, and other well-known investment institutions in the blockchain field. With headquarters in Singapore, Bitdeer Group has branches in the United States, Europe, and other countries and regions. The group’s three business lines – Bitdeer, Mining Datacenter, Minerplus – show its dedication to becoming the world’s most reliable digital asset mining service provider.