The company is also looking to launch new property projects towards second half of this year once market conditions improve. 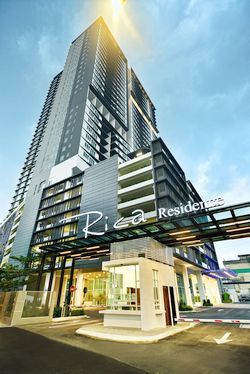 The Group recently completed its maiden development Rica Residence @ Sentul on schedule, and started handover in mid-March this year. The handover was originally due to kick off up to 3 months earlier, but was delayed due to MCO restrictions.

Fajarbaru Group Chief Executive Officer Dato’ Sri Eric Kuan Khian Leng said: “The property division remains a significant revenue generator for the Group in addition to our core business in construction. We have property development interest not just in Malaysia but in Australia as well. Although the Covid-19 pandemic has certainly affected the property segment, there are positive signs that market conditions will improve and we can capitalise on it as long as we adapt and innovate accordingly.”

Rica Residence @ Sentul, which has a gross development value (GDV) of RM292.49 million, is Fajarbaru’s maiden property development in Malaysia. Despite coming from a ‘construction-based’ background, the Group’s property development segment under its wholly-owned subsidiary Fajarbaru Land has made good on its promise of quality to its first customers and delivered extra value to buyers with the instalment of polyurethane (PU) flooring for its carparks as well as 3 electric vehicle (EV) charging stations.

The latest take-up rate of Rica Residence @ Sentul stands at 82% (including booking). On the balance units, he said, “We are currently in the midst of releasing the remaining developer units. We believe there will be a strong take-up after MCO – the near-completion of the MRT2 in 2022 is also a positive boost for us to do so smoothly. We target to sell off the remaining units by end of 2021.” “Once market condition improves, we will also look into the possibility of launching the Rica Residence @ Kinrara project in 2021 which will be based on a condominium development concept.” Eric noted.

Meanwhile in Melbourne, Australia, the Group reported that its AUD182.84 million GDV Paragon Queen Street development was completed recently. Its latest take-up rate stands at 93%, and the developer is fairly confident of the sales of the remaining units in its project which has won awards in the Asia Pacific Property Awards 2018-19 and iProperty Development Excellence Award 2019.

This is Fajarbaru’s second development after the success of its first sold-out project called ‘Gardenhill’ in Melbourne in 2017. The Group is now on to its third development here, a project comprising 15 residential two-storey houses along Merri Creek in Northcote, Melbourne.

“The construction from Northcote has not yet started, but it is scheduled for a soft launch sometime in mid-2021 and the interest has been encouraging due to the location. This project will increase our presence in the property market in Melbourne, Australia and expand the Group’s earning base,” said Eric. The estimated GDV for the Northcote development is approximately AUD40.20 million.

Going forward, Fajarbaru is looking into expanding its local property development footprints not just in the Klang Valley, but also into Penang and Putrajaya once the economy fully reopens. Eric reckons that for projects in prime locations, high-end landed property development will be viable but the market demand for affordable housing and family upgraders cannot be neglected.

The Group will continue exploring landbanks in locations that can generate income for now, and be on the lookout for potential joint-ventures to develop properties in Malaysia and Australia. Fajarbaru is cautiously optimistic on the growth prospects of its property development segment in 2021 and beyond in line with the expected recovery of market conditions.