The Group’s project book order will increase to RM1.9 billion 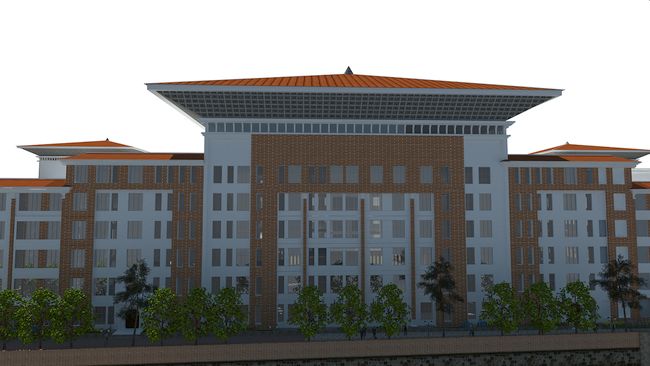 A filing to Bursa Malaysia today showed that Bina Puri together with Kalika Construction Pvt Ltd and Samanantar Nirman Sewa Pvt Ltd had entered into a joint venture agreement to form “Bina Puri – Kalika – Samanantar JV” to construct the project.

The construction project is awarded by the Supreme Court of Nepal with a contract period of 36 months. It will consist of 7-storey building including two basements, RCC framed structure building with complete finishing, landscaping and MEP (Mechanical, Plumbing and Electrical Works along with firefighting) works.

Group Executive Director Datuk Matthew Tee said: “We have been actively participating in the tender for projects both local and overseas to further replenish our orderbook. With the latest award mentioned, the Group’s latest project book order will increase to RM1.9 billion.”

Kalika Construction Pvt Ltd is a leading well-known “A” class construction company of Nepal having over 40 years of experience in all types of construction works. It was founded in 1976 and its parent company, Kalika Group operates in five business sectors: Hydropower, Construction, Software Outsourcing, International Trading and FM Radio/Media. The Kalika Group is one of Nepal’s largest and most respected business conglomerates.

Whereas Samanantar Nirman Sewa Pvt. Ltd. was founded in 1993 and is currently one of Nepal’s growing and most reputable construction companies by successfully delivering a range of projects for government and other market sectors. The works completed by the company comprises of government building, hospitals, water supply system, river protection, roads and infrastructures development in different sectors.

According to the management of Bina Puri, the company’s affiliation with Kalika is through both countries’ membership in the International Federation of Asian and Western Pacific Contractors’ Associations (IFAWPCA) represented by the Master Builders Association Malaysia (MBAM) and Federation of Contractors Associations of Nepal (FCAN). IFAWPCA groups together the fraternity of builders from nineteen (19) member countries in the Asia and Western Pacific region.

A dynamic international organization, IFAWPCA plays a critical role in promoting international fellowship and cooperation; in developing beneficial relationships between governments and contractors in the region, and in establishing cooperative working arrangements in the furtherance of civil and building construction projects.

Bina Puri is among the earliest Malaysian construction company to venture overseas since 1995. Bina Puri had previously completed a five-star Hyatt Regency Hotel in Kathmandu, Nepal in April 2000 valued at RM39 million. Among the shareholders of the hotel is the Asian Development Bank (ADB).

To date the Group has successfully carried out numbers of construction projects in several foreign countries.

Among the notable completed projects are three highways in India including the Vijayawada-Eluru Expressway, Tada-Nellore Expressway in Andhra Pradesh and the Chittorgarh-Mangalwar Highway in Rajasthan, Malaysian Chancery Building and Official Ambassador’s Residence in Beijing, China and Access Road for the New Bangkok International Airport in Bangkok, Thailand.

Bina Puri have also completed about 30,000 units of low cost housing and condominiums in various locations in Thailand; 2 Blocks of 45-storey residential towers in Abu Dhabi, UAE; 174 units Villas for the Defense Housing Authority in Lahore, Pakistan and more than 3,000 houses for the National Housing Scheme of Brunei from the Brunei Economic Development Board. Currently undergoing is the construction of the Malaysian Embassy Complex in Moscow, Russia.

About Bina Puri
Bina Puri Holdings Bhd (BPURI) (MY:5932; BIN.MK; BPUR.KL) is a public listed company on the Main Board of Bursa Malaysia with more than 46 years of work experience in civil and building construction both locally and internationally. The Group’s diverse business activities include investment holdings, civil and building engineering management, property development, highway concession, quarry operations, manufacturing of construction materials, utilities and hospitality management.