A highly popular international competition for composers and filmmakers has launched a countdown to the global start and opening of the registration.

FMC-Film Music Contest concluded several months of preparations and began the countdown to the start of the new edition. It will be expanded in new categories, exclusive content, with a strengthened prestigious international jury, attractive prizes and many surprises.

FMC currently presents all the news related to the competition. It revealed new members of the prestigious international jury and so far the largest package of prizes with a total value of more than 58,000 Euros. It is thanks to this year’s exclusive partners: PSPaudioware, Native Instruments, D16 Group Audio Software as well as Event Partners: Best Service, Meze Audio, UJAM and others. More about Prizes here: https://www.fmcontest.com/prizes-2/

It also revealed completely new competition categories, which were brought at the request of musicians. For all the current info and news is ideally to subscribe to the official FMC mailing list.

FMC 2021 will open its online registration on March 28, 2021. It will be possible to register from this date into all competition categories.

Competitors will be able to do so online from the comfort of their homes, recording and production studios directly on the competition page, where they will find all the information about the individual categories together with the registration form.

More info about the jury, competition categories, testimonials, FAQ, can be found on the official website at www.fmcontest.com

About the Main Organizer, The GONG Art Company

The GONG Art Company as the main organizer has been working on cultural activities for nearly 30 years. Its portfolio includes organising many different cultural events. It has been cooperating with different Radios and TV stations in Europe. GONG has produced more than 500 tv episodes and music video clips. It has also produced just as many compositions in its own studio, the most successful of them being released on CD and receiving numerous gold and platinum awards. 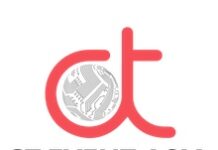