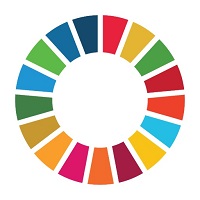 The Ministry of National Development Planning/BAPPENAS together with the National Secretariat of SDGs Indonesia have launched the ‘SDGs Media Compact Indonesia’. This Media Compact aims to increase the involvement and role of Indonesian mass media in achieving Sustainable Development Goals (TPB / SDGs).

“Based on Intelligence Media Management, of 50 media in Indonesia, only four percent consistently report in the spirit of the Sustainable Development Goals. Under these circumstances, where media involvement and public understanding are only developing, we have established the SDGs Media Compact in Indonesia,” said Amalia “Winny” Adininggar Widyasanti, Head of the National Secretariat SDGs Indonesia and Advisor to the Minister of National Development Planning. Winny was speaking during “Role of Media in Sustainable Development Goals: Launching SDGs Media Compact Indonesia”, a Webinar with Indonesian SDGs Ambassadors Billy Mambrasar and Alissa Wahid.

SDGs, which are mandated in the National Development Plan, has 17 objectives covering various development sectors, development aspects, and various aspects of life. Partnerships between the central government and parliament, to philanthropy, business, academics, experts, community organizations and also the media are very important to accelerate the achievement of sustainable development through SDGs. “The implementation of the TPB/SDGs in Indonesia must be a shared commitment and the media must play a role in harmonizing them because the media are the front mouthpiece to provide information to all parties,” said Winny.

The SDGs Media Compact was launched globally by the United Nations in September 2018. Through 2020, 100 media from 160 countries were registered as members, including three media from Indonesia. Apart from encouraging the media to spread the spirit of achieving SDGs in Indonesia, the SDGs Media Compact Indonesia acts as a forum for media activists to collaborate in the SDGs campaign in Indonesia. SDGs Media Compact Indonesia, as the official information channel for SDGs, will distribute monthly information bulletins that can be used as reference by the media in reporting on the achievements and programs of the SDGs.

SDGs Media Compact Indonesia can be accessed through www.media-sdgs.id and will officially launch in 2021. Media institutions in Indonesia are encouraged to increase their editorial commitment and intensity, such that information on SDGs will be understood by the public, and lead to collaborative initiatives and community participation to encourage efforts to achieve the SDGs. “We hope that with a greater role of the media, this will increase public awareness of SDGs and become a means of educating the public on the importance of SDGs to become part of everyday life,” said Winny.