Groundbreaking ideas introduced to a new generation of thinkers via bestselling book. Erhard’s transformational ontological work and Heidegger’s philosophical work brought together for the first time.

During these challenging times of uncertainty and disruption, we are spending many hours with our attention on what’s no longer available to us and what might happen and might not happen. Perhaps for that reason alone, the new book “Speaking Being”, has never been more relevant.

“Speaking Being: Werner Erhard, Martin Heidegger, and a New Possibility of Being Human” (Wiley), an Amazon #1 bestseller in Philosophy, is an opportunity to bring our focus to the relatively unexamined world of being.

Professors Bruce Hyde’s (PhD) and Drew Kopp’s (PhD) highly acclaimed book offers an unprecedented study of the ideas and methods developed by Martin Heidegger, one of the most prominent philosophers of the 20th century, and the ideas of Werner Erhard, the breakthrough thinker who created The Forum program in the 1980s (following his est Training in the 1970s).

Through a comparative side-by-side display and analysis of a transcript of Erhard’s Forum, with his ideas and methodology, combined with Heidegger’s philosophical ideas, the authors make the power of Erhard’s ontological rhetoric and Heidegger’s often difficult-for-the-layman ideas available to a wide range of audiences. It brings to life complex yet important new ideas for scholars at work within a variety of academic disciplines, and provides an entry to anyone interested in the possibility of and the access to being for human beings. In accomplishing all of this, what is revealed are new insights into the actual nature of being of human beings, and the opening up of new possibilities for being for human beings.

Jonathan D. Moreno, Professor of Ethics at University of Pennsylvania, said Speaking Being is “powerful, imaginative, frustrating, amusing, threatening, and enlightening – all at the same time. It also has the power to transform your life.”

Michael E. Zimmerman, Professor Emeritus, University of Colorado, Boulder stated, “I regard Speaking Being as an enormously important contribution to understanding Heidegger and Erhard. The latter has received far too little serious academic attention, and this book begins to make up for that lack. Moreover, the book’s analysis of Heidegger’s thought is among the best that I have ever read. I commend this book to all readers without reservation.” 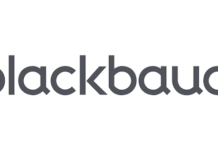