At the ASEAN Ministerial Meeting, Indonesian Minister of Social Affairs Described 4 Key Steps to Overcome the Impact of the COVID-19 Pandemic on the Poor and Vulnerable Groups

In the presence of the ASEAN Minister, the Indonesian Minister of Social Affairs Juliari P. Batubara conveyed the government’s important steps in handling the impact of the COVID-19 pandemic, particularly for the poor and vulnerable groups. Indonesia recommends the establishment of a comprehensive and sustainable social protection system.

“To the ASEAN ministers, I convey comprehensive and quick steps of the Indonesian government in handling the impact of the COVID-19 pandemic. In the context of the Ministry of Social Affairs’ duties and functions, the government has increased the index and expanded the social assistance, especially for the poor and vulnerable groups,” said the Minister of Social Affairs Juliari after the meeting (10/06).

In a meeting with the theme “Special Online Meeting of the ASEAN Ministerial Meeting on Social Welfare and Development (AMMSWD) on Mitigating Impact of COVID-19 on Vulnerable Groups in ASEAN,” Social Minister Juliari acted as Chair of the Indonesian Delegation.

On that occasion, the Minister of Social Affairs delivered four important steps in mitigating the socio-economic impact of the pandemic, especially for the poor and vulnerable groups. The first step is increasing the number and coverage of social assistance and social safety nets, and the amount of assistance for several social protection programs.

Second, strengthening government investment in the development of Integrated Social Welfare Data (DTKS) and formulating an adaptive social protection platform in accordance with the 2019-2024 National Medium-Term Development Plan (RPJMN) and Ministry of Social Affairs Strategic Plan 2020-2024. Then, the fourth is the crucial role of social solidarity.

“The government continues to increase commitment and serious steps in dealing with the impact of the pandemic. In the new (fourth) fiscal stimulus, the government allocates a budget of Rp677.2 trillion, of which Rp203.9 trillion is for social protection,” said the Minister.

This amount increased, compared to the third fiscal stimulus which amounted to Rp405.1 trillion, which for social protection amounted to Rp110 trillion. Social Minister explained, in order to deal with the impact of COVID-19, the government increased the index and expanded the participation of regular social assistance.

The Social Assistance of Hope Family Program (PKH) reaches 10 million of Beneficiary Families (KPM). From the beginning KPM received benefits every three months, now it becomes every month, starting in April-December 2020, so that KPM PKH got a double benefit.

Then, in the Sembako Program (Non-Cash Food Aid / BPNT), the target expansion and the increasing index is carried out, from 15.2 million KPM to 20 million KPM, with an index from Rp 150 thousand to Rp 200 thousand.

The Banpres reaches 1.9 million families (KK) with a value of Rp. 600,000 distributed twice a month, so the total value is around Rp. 3.4 trillion.

While BST, it reaches 9 million families outside Jabodetabek who have not received the Family Hope Program (PKH) and the Sembako Program (Non-Cash Food Assistance) with a value of Rp. 600,000/KK/month. Both Banpres and BST, it was distributed for three months — April, May, and June 2020.

“With the latest stimulus of Rp. 677, 2 trillion, the government has extended the assistance until December 2020,” said the father of two children.

The Minister also stressed the importance of managing poverty data or Integrated Social Welfare Data (DTKS), which is the basis for various social assistances. “DTKS contains 40% of the lowest income people in Indonesia. And with DTKS, it is very helpful in ensuring that social assistance is distributed on target,” said the Minister. 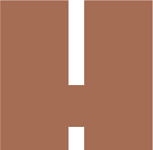 Alchemie Technology Teams Up with At One Ventures and H&M Group...