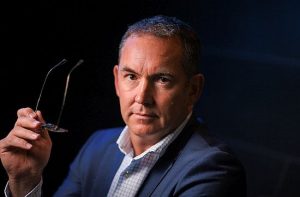 Mr. Rohan Pike is an International Law Enforcement Consultant and Founder of the Illicit Tobacco Strike Team of the Australian Border Force

The recent announcement by the Prime Minister of Malaysia, YAB Tan Sri Muhyiddin Yassin, to strengthen Malaysia’s borders in light of the Covid19 pandemic is to be lauded.

The Prime Minister is spot on when he says that Malaysian borders are filled with numerous ‘rat lanes’ or ‘lorong tikus’ that allow illegal or undocumented travellers from other countries to penetrate Malaysia and potentially bring the Covid19 virus with them.

As a law enforcement consultant, I strongly believe that a porous border not only threatens a country’s national security and citizens’ health but also harms the economy through the proliferation of illicit trade.

A 2017 study commissioned by the International Chamber of Commerce, found the global trade in counterfeit and pirated goods is estimated to generate between $923 billion (RM4 trillion) to $1.13 trillion (RM4.9 trillion) annually. This includes cross-border trade, domestic trade and digital piracy.

Recently, a report by the Retail Trade and Brand Advocacy (RTBA) showed that the illicit trade in cigarettes continues to cause substantial revenue loss for governments and legitimate businesses in the Asia-Pacific region.

The RTBA Illicit Tobacco in the Asia-Pacific Region: Causes and Solutions report found that in terms of revenue alone, total tax loss estimated across 19 monitored markets in the region was over USD5.8 billion (RM25.3 billion) in 2017, with nearly 50% of this occurring in just two markets; Australia and Malaysia!

Clearly, the impact of illicit trade in cigarettes alone has caused significant losses to economies and the prevalence of this problem stems from the inadequate border security across countries within the region.

Already, recent news reports have indicated that perpetrators are now using food couriers or e-hailing services to distribute illicit cigarettes during the Movement Control Order as supplies of legal products are disrupted. Many may not know that most of these illicit cigarettes come from beyond Malaysian borders!

If border security is not tightened, the prevalence of illicit cigarettes in Malaysia will become more entrenched after the MCO period that it would be next to impossible to dislodge. This will be detrimental to the country socio-economically. The Government’s losses in uncollected tax revenue due to illicit cigarettes, which now stands at RM5 billion a year, will also widen even further.

In addition, the easy access to illicit cigarettes will increase youth smoking rates. According to the Malaysian Ministry of Health’s National Health and Morbidity Survey (NHMS) 2017: Adolescent Survey, the number of youths, between the ages of 13-17, actively smoking in 2017 has increased to 13.8% as compared to 11.5% in 2012.

More can be done to tighten border security.

The Malaysian Prime Minister’s instructions to the heads of all relevant enforcement agencies, from the Royal Malaysian Police to the Immigration Department as well as the Malaysian Armed Forces to tighten border security, is definitely a step in the right direction.

This attention given to border security must transcend beyond the Covid19 pandemic to safeguard lives as well as businesses.

In addition to mobilising relevant agencies, the Malaysian Government can also look into enhancing cross-border intelligence sharing and surveillance to identify and close ‘rat lanes’. Advance technologies such as drones, state-of-the-art scanners and CCTVs can also be deployed at suspected entry points.

Apart from people, goods coming through ports and expressways must also be checked thoroughly.

Now is the time for a rededication of efforts to strengthen Malaysia’s borders to prevent unwanted visitors and products coming into the country during these times.

RTBA is a coalition of businesses, retailers and trademark holders working to minimise the impact of criminal conduct on the Asia-Pacific trading environment. We unite, mobilise and advocate for effective change with regard to regulatory, financial and taxation issues affecting the supply chain. See www.rtbacommerce.com.

Rohan Pike is a former Australian Federal Police officer and founder of the Australian Border Force – Tobacco Strike Team. He is currently an adviser and consultant on fraud, corruption and bribery relating to illicit cigarettes trade as well as the illicit trade advisor to the business crime prevention advocacy group, Retail Trade & Brand Advocacy (RTBA).

Ohayo Japan: Club Med Resorts in Japan welcome back travellers in time for the winter season