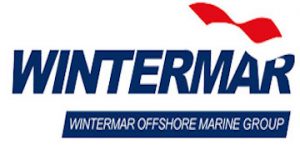 Wintermar Offshore Marine (WINS:JK) has reported results for the 2019 financial year, with a smaller Net Loss of US$13.3 million for FY2019, a drop of 48% from the previous year, as utilization picked up consistently throughout the year.

FY2019 started poorly as the Presidential elections in Indonesia caused delays in project commencement, meaning the vessels which had been prepared for operations stayed idle while operations were postponed until the second half of the year. Due to these project delays, Owned Vessel revenue for FY2019 fell 17% YOY to US$41.4 million compared to the previous year. As a result, the Owned Vessel Division recorded a loss of US$2.75 million for FY2019 compared to a loss of US$0.6 million in FY2018.

Towards the second half, the fleet utilization rose consistently, led by high tier vessels which were employed in drilling projects. Utilization for high tier vessels picked up to 85% in 4Q2019 compared to only 60% in 1Q2019. The Company was awarded a seven year contract (including options) for 2 Platform Supply Vessels supporting drilling in East Indonesia, which was the first long term tender in the high tier vessel market since 2013. Wintermar also successfully tendered for other contracts for over 2 year durations during the past year, boosting the contracts on hand to US$81.5 million by end of February 2020.

Due to the rising utilization of offshore vessels throughout the world, there is starting to be some upward pressure on crew salaries. The Company has tried to maintain some control over crew salary inflation and managed to cap the rise to 1% through exiting some smaller vessel segments. However, there is unlikely to be any more cost savings in crewing costs due to a higher proportion of foreign contracts which are more exposed to salary inflation.

The strongest recovery was in the Platform Supply Vessel segment, and our 4 PSVs have shown nearly 69% utilization for the year. We continue to be optimistic about this market as deeper water offshore projects are starting to be commissioned in the region, and charter rates in this segment have started showing a slight improvement.

The Company continued to streamline the Owned Vessel Segment by selling 5 more vessels in 2019 and laying up 6 vessels to reduce maintenance and certification costs. The total fleet size therefore continued to shrink to 48 by year end 2019 from 59 at the beginning of 2019. Most of the shrinkage in fleet resulted from selling and laying up low tier vessels.

*Chartering and Other Services

Building on management strategy to increase fee based income, more chartering business was won, resulting in a 33% increase in chartering revenue to US$11.28 million for FY2019 and a doubling of gross profit from Chartering to US$1.2 million for the year, compared to FY2018.

Other value added services fell in tandem with Owned vessel revenue, booking revenue of US$3.4 million (26%YOY) but still recorded a gross profit of US$0.3 million.

Total Direct costs fell 7%, largely driven by a fall of 12% in Owned Vessel direct cost. All cost categories recoded double digit reduction except for crewing due to cost pressures on crew wages as the industry has been picking up globally.

Indirect Expenses for FY2019 rose by 8% compared to FY2018, due to higher salary costs, partly due to some retirement benefits and the expensing of a 5 million management share allocation scheme @Rp120 per share. As the Company invested in training of management and staff in line with the upgrading our ISO certification to comply with the 2015 standards, this contributed to an increase in Professional fees to US$0.7 million from US$0.4 million the previous year. For the full year 2019, the Operating Loss widened to US$8.8 million from US$6 million in the previous financial year.

As the Company continued to pay down debt and as interest rates started to fall, interest expenses fell by 12% to US$4.8 million for FY2019 compared to US$5.4 million in FY2018. A turnaround in Earnings from Associates to US$1 million profit for FY2019 from US$3.2 million in losses and a net gain on sale of Fixed assets from vessel sales of US$2.2 million helped to reduce the losses for the year. Asset impairment for the year amounted to only US$4.3 million compared to US$17.4 million in FY2018.

EBITDA for FY2019 amounted to US$15 million as compared to US$20.8 million for the previous calendar year.

The recent isolation measures implemented globally to stem the spread of COVID-19 has caused a significant decline in demand for oil and gas. At the same time, OPEC’s market share war has led to a ramp up of oil production, which together with the COVID-19 impact has led to the oil price falling to unprecedented lows.

We have seen in the past that the Offshore Support Vessel (OSV) industry does not have an immediate impact from falling oil prices, as many of the contracts are for long term work and we expect the contracts we have won recently will continue to operate. Because there has been such significant cutbacks investment into offshore exploration and development in the past 5 years, there will be some capacity constraints in the coming years as existing oilfield reserves are being depleted without replenishment. The Saudi production ramp up will also raise utilization of rigs and OSVs.

Due to the shorter investment cycle in shale oil and relatively higher production costs, researchers are projecting that lower oil prices will have a bigger negative impact on the US Shale production than offshore.

At this time while the world adjusts to the reality of the economic costs of the COVID-19 crisis, it is not possible to accurately predict what will happen to the OSV industry. What is known is that the OSV industry has already had a 5-year downturn, which has led to consolidation amongst surviving companies and a healthier balance of supply and demand from increased scrapping of OSVs as many highly indebted companies have been liquidated.

As the OSV market has tended to operate on longer term charter contracts, we believe this provides a cushion in the near term for the industry. The ramp up of production by Saudi Arabia also adds more demand for offshore services. As the industry is not directly exposed to retail demand, we believe there will be a lag before the impact of COVID-19 is felt. In the meantime, the projects which have started in the past year were already delayed from the oil crisis of 2014, therefore we expect them to continue.

In the past few months there has been strong demand from Malaysia and Brunei for OSVs due to government led offshore projects which commenced operations. Nigeria and the Middle East have also continued operations.

Wintermar’s fleet utilization has picked up gradually over the past three quarters, led by the high tier vessels which have also been awarded some longer term contracts which have commenced. We expect those to continue for the next few years.

Safety is of paramount concern and management have implemented Work From Home procedures for office based staff in anticipation of the escalation of COVID19 transmission in Indonesia. Through the use of available technology, we are still able to adequately monitor and manage our fleet despite not having access to the physical office. As the vessels are working mainly around offshore installations and far from cities, precautionary screening and disinfecting measures have been implemented to restrict access as much as possible. Management continue to work with charterers for the protection of the persons on board our vessels and to ensure minimal disruption to offshore operations.

As the OSV business is on a contractual basis, there has not yet been an immediate impact on the business activity. There are still some projects which are in the tendering stage, and there may be a risk of delay for these if government funding is diverted to the more immediate needs of COVID-19 relief and stimulation packages.

In the longer term, it is evident that the world will experience a significant economic impact from this global COVID19 crisis, and all countries and businesses will have to review and assess their individual responses. We are no different.

There may be an impact on the future business if there are significant cutbacks in the level of investment into offshore exploration and development. Management are monitoring the situation very closely and will adapt to the circumstances as required.

Wintermar Offshore Marine Group (WINS.JK), developed over nearly 50 years with a track record of quality that is both a source of pride and responsibility that we are dedicated to upholding, and sails a fleet of more than 48 Offshore Support Vessels ready for long term as well as spot charters. All vessels are operated by experienced Indonesian crew, tracked by satellite systems and monitored in real time by shore-based Vessel Teams.

Wintermar is the first shipping company in Indonesia to be certified with an Integrated Management System by Lloyd’s Register Quality Assurance, and is currently certified with ISO 9001:2015 (Quality), ISO14001:2015 (Environment) and OHSAS 18001:2007 (Occupational Health and Safety). For more information, please visit www.wintermar.com.