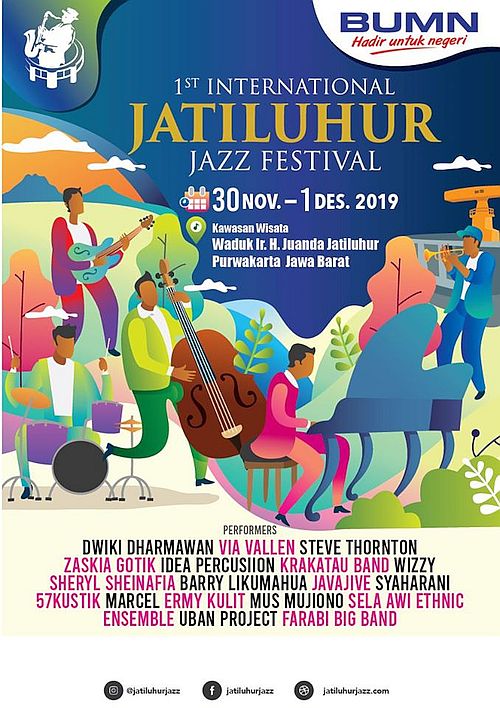 West Java, INDONESIA, Nov 23, 2019 – (ACN Newswire) – The 1st International Jatiluhur Jazz Festival is set to open at the Jatiluhur Dam in Purwakarta, West Java on Saturday and Sunday, Nov 30 and Dec 1, 2019. Presented by Perum Jasa Tirta II, the state-owned enterprise (SOE) operating the dam, the largest in Indonesia, JatiluhurJazz 2019 will feature dozens of local and international artists and jazz musicians and music of different genres, as well as jazz from West Java and especially Purwakarta.

Themed ‘Green – Water & Life’, JatiluhurJazz is part of the campaign to protect the environment and water for life, opening in one of the most beautiful spots in the Jatiluhur region, the Blue Harbor, overlooking the iconic Morning Glory Tower. Jatiluhur Reservoir has an exotic feel that isn’t shared by any other region; the 8,300 hectare artificial reservoir, largest in Asia, has a sumptuous view in the cool air of the rocky mountains, potentially a standard international tourist destination. 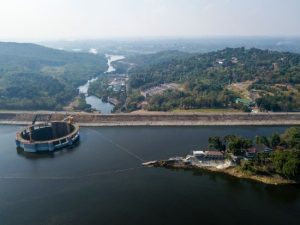 The selection of Jatiluhur Dam as the backdrop to the annual Jatiluhur Jazz Festival was due to the success of Jasa Tirta II as sole operator of the Dam, in keeping the 52-year old structure optimally and sustainably operational, and also in featuring the Dam as the most exotic man-made tourist destination to emerge in West Java, Indonesia.

U. Saefudin Noer, Managing Director of Jasa Tirta II, says he created the festival to promote Jatiluhur Dam as an outdoor destination, to boost tourism and the local economy. “Ours is the only other outdoor concert setting in Indonesia fully surrounded by nature along with Bromo (The Mountain Jazz Festival),” Saefudin said at a press conference in Jakarta on Thursday.

“We are hopeful that our setting will inspire many of the artists and musicians to return to JatiluhurJazz in the future. But there is more to this than the music and art,” Saefudin continued. “As well as organizing a phenomenal jazz festival and weekend, we want to show the world and the tourism industry in particular that Jatiluhur Dam has the ‘wow’ factor to be the next big thing in Indonesia.”

Erick Thohir, Indonesian Minister of State-Owned Enterprises (SOEs), conveyed that the Jatiluhur Jazz Festival with its ecological theme was a form of SOE synergy, giving back to society and nature. “It’s such an innovation to promote the other side of Jatiluhur Dam, the Jasa Tirta II. The government will fully support the event and even encourages other SOEs and other social groups to participate in the success of the event,” Erick concluded.

The Jatiluhur Dam is a two-hour drive from Jakarta. Buy tickets at Loket.com and GoTix. Prices range from Rp 100,000 ($7) to Rp 125,000. Information on the schedule and events can be obtained through social media @ jatiluhurjazz and on the web at www.jatiluhurjazz.com. — Antara.