Russia-Africa Summit will welcome many African leaders, mainly men and many in the political sphere. One well-known woman will stand out. Isabel dos Santos is a globally known African investor and she speaks more than 5 languages including Russian.

Black female-owned businesses are the fastest growing economic force in the U.S. but we have yet to see this same pace in other regions of the world. The challenges are the same. The challenges that black women face as entrepreneurs are lack of startup capital, resources and loans, along with racial and gender discrimination within the largely, male-dominated sectors of financing and technology.

Russia’s ties to the African continent were built up to new heights during the Soviet era as the superpower sought to aid independence movements in opposition and support post-independence governments.

Speaking at the Moscow State Institute of international Affairs last month, Russian Foreign Affairs minister Sergei Lavrov said that following the collapse of the Soviet Union, “Russian businesses began to look at promising projects abroad, and we began to return to Africa. This process has been ongoing for the past 15 years.”

As Russia seeks to reassert itself on the global stage, rekindling these Africans ties are a top priority for Moscow. Trade and investment between the two parties increased 185 percent in just 10 years, between 2005 and 2015.

This week Isabel dos Santos is sure to make some heads turn at the Russia-Africa Summit and Economic Forum in Sochi to mark the first of its kind, being the first large-scale congregation of African leaders and businesses on Russian soil since the Soviet Union’s collapse. As one of Africa’s largest investor and a businesswoman, she says “I am looking to fruitful discussions on how to keep Africa rising.”

As a graduate in engineering, she started her professional career at Coopers & Lybrand Portugal, later working as Project. She developed her first business in the early 90’s, in the Food and Beverage sector, creating a beverage distribution logistics company and a communications system for Walkie Talkie and Tower Relay then became founder (1999) and member of the Board of Directors of Unitel, the second mobile telecommunications operator in Angola.

Her retail company Candando, with hypermarkets, cinemas and shopping malls in Angola, supports more than 300 local producers and employs over 30,000 in the country. She is a founding member and member of the Board of Directors of Banco BIC Angola and Banco BIC Portugues.

From June 2016 to November 2017, she was Chairman of the Board of Directors of Sonangol, Angola’s national oil and gas company during the most challenging time in her home country.

In Portugal, she is a member of the Board of Directors of NOS (formerly ZON), a cable TV company listed on the Stock Exchange, and of Banco BIC Portugues and Efacec.

Isabel dos Santos says that “We live in promising times in the awareness of the role of women in society. From the family, to the world of work, in politics, entertainment or science, the contribution of women, in all dimensions of life, has achieved an unparalleled strength. And this strength must be promoted for the good of a more just, balanced and complete society.

The entrepreneur added that the key to her success was the high growth of the Angolan economy when she began investing. “We were lucky. Angola developed. During those 15 years, between 2002 and 2017, the Angolan economy had an average growth rate of almost 8-9%,” she recalled, pointing out that Angola’s Gross Domestic Product (GDP) grew in this period, by almost 900% from $30 billion to $130 billion.

Science, Education, and Innovation for Economic Development during the Russia-Africa Summit, is a topic that Ms dos Santos will surely have a few words to say. Africa is a classic case where traditional charity has largely failed to lift people out of grinding poverty and in many cases has led to a culture of dependency stated a recent article in The Guardian newspaper, and in part for this reason, Isabel dos Santos has launched the Isabel dos Santos Merit Grant. “You have to build your confidence, and it starts with education”. The merit grant is a reward for those that are ambitious students with skills to make a difference in their community, but for multiple reasons are unable to cover the cost of their education. 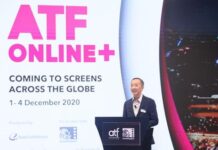 Broad Homes (02163.hk) to Intensify Its Leading Position Through Data-driven and...