Results Highlights
– Self-developed new oncology medicine Anlotinib has enjoyed strong demand after its launch. As its sales surged to a new high, total revenue and profit grew significantly compared with the corresponding period last year.
– Production approval has been secured for Lenalidomide Capsules and Linezolid and Glucose Injections (2 specifications).
– Cardio-cerebral medicine Olmesartan Medoxomil Tablet and respiratory medicine Fudosteine tablets have passed Consistency Evaluation.
– A total of 12 new invention patent approvals have been obtained, and 96 applications for invention patents have been filed.
– According to a “Report on Competitiveness of Jiangsu Talent (2018)” jointly published by Jiangsu Academy of Talent Development and the Jiangsu Talent Association, Group member company CT Tianqing ranked 5th among companies in Jiangsu province in terms of staff competitiveness.

The Board of Directors declared a quarterly dividend of HK2 cents per share (2018 first quarter: HK2 cents).

Business Highlights
During the review period, some of the Company’s key products have been included in the catalogue of centralized drug procurement in “4+7” cities, and sales of these products grew strongly after price reductions. With the sensational performance of its heavyweight oncology medicine, the Company continued to strengthen the cooperation with academic institutions for several oncology products and conduct comprehensive in-depth clinical research. In addition to the sales of Anlotinib reaching new heights, other oncology-related products including Qianping, Genike, Yinishu, Yigu and Saiweijian also recorded satisfactory results. As the Company continued to penetrate different channels of the markets and enhance its services, sales of its digestive product Aisuping, respiratory product Tianqingsule, and cardio-cerebral products Yilunping and Tuotuo maintained their rapid growth. These factors have contributed to the total revenue and profit of the Company rising far above the level in the corresponding period last year.

As for R&D, the Company has obtained 3 approvals for drug registration during the review period: Lenalidomide Capsules and Linezolid and Glucose Injection (2 specifications). 2 medicines have passed Consistency Evaluation: Olmesartan Medoxomil Tablet and Fudosteine tablets, and 2 more have obtained clinical approvals. Applications have been filed for clinical trials for 4 Category 1 chemical medicines while 6 applications have been made for Consistency Evaluation. In addition, the Company has received 19 authorized patent notices, 12 of which are for invention patents. At the same time, 101 new patent applications have been filed, including 96 invention patents.

During the review period, the sales performance of the Group’s major medicine types are outlined below:

R&D
The Group has continued to focus its R&D efforts on new cardio-cerebral, hepatitis, oncology, analgesic and respiratory system medicines. During the first quarter, the Group was granted 2 clinical approvals, 3 production approvals, and 2 approvals for Consistency Evaluation, and made 4 clinical applications, 6 applications for Consistency Evaluation and 8 production applications after the completion of bioequivalency. Cumulatively, a total of 501 pharmaceutical products had obtained clinical approval, or were under clinical trial or applying for production approval. Out of these, 54 were for cardio-cerebral medicines, 40 for hepatitis medicines, 208 for oncology medicines, 25 for respiratory system medicines, 26 for diabetic medicines and 148 for other medicines.

Prospects
The gradual implementation of the centralized drug procurement program in “4+7” cities and its associated effects are bringing a greater impact on the revenue and profit of the pharmaceutical industry. The National Healthcare Security Administration plans to start making adjustments to the National Drug Reimbursement List in the second half of the year, focusing more on the clinical efficacy and financial impact of medicines and placing particular emphasis on medicines for treating critical illnesses such as cancer and chronic diseases, pediatric medicines and drugs for emergency use. These adjustments represent a clear direction of national policies to support quality products with high value. The rollout of the abovementioned measures is set to change the product landscape of the pharmaceutical industry and at the same time accelerate differentiation of pharmaceutical enterprises. This will subsequently create greater room for development of enterprises like Sino Pharmaceutical boasting strong R&D, production and quality control capabilities.

Notes:
* Refers to profit attributable to owners of the parent, excluding the impact of the amortization expenses of new identifiable assets arising from the acquisition of 24% interests in Beijing Tide, as well as the unrealized fair value gains and losses on equity investments and financial assets
** Based on underlying profit 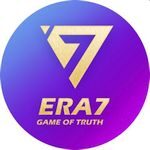 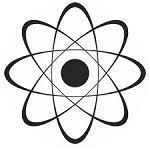 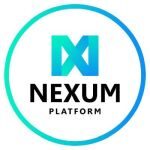