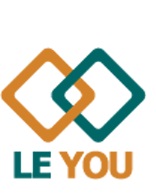 Mr. Xu Yiran, Chairman and Chief Executive Officer of Leyou Technologies said, “The Group’s flagship product “Warframe” achieved remarkable results, and continued to break records on various operating data in the fifth consecutive year. These achievements are inseparable from the contributions of the experienced team and the loyal support of the players, which strengthen the Group’s leading position in the development and operations of free-to-play games. Moreover, the new product line was further enriched, the Group will continue to launch with AAA quality and established schedules, best utilising the Group’s expertise and unique advantages in free-to-play games. This strategic layout is expected to add new growth impetus to the Group and continue to improve its profitability.”

Business Overview
Game Development and Publishing
Game development and publishing business is currently the Group’s main source of revenue. This segment covers several free-to-play online games distributed globally, as well as a series of new products in development. The revenue and profit of this segment were mainly contributed by the flagship product “Warframe”. Driven by multiple popular content updates of “Warframe”, these updates has tremendously driven the revenue of Warframe in 2018.

During the year, various operating data of “Warframe” such as number of new users, active users, paying users and concurrent users, continued to break records in the fifth consecutive year. Total number of registered users increased by 29.2% to 48.1 million, monthly active users and average concurrent users increased by 24.9% and 28.1% respectively as compared with the previous year. “Warframe” has not only been one of the top free-to-play games in terms of revenue on PlayStation 4 and Xbox One, but also the only free-to-play game, which is not developed by Valve (creator of Steam), winning the Best Games of the Year awards (both top-sellers and most simultaneous players) in 2017 and 2018 on Steam.

The Group strived to explore more platforms for launching “Warframe” to cater to more players. “Warframe” was launched on Nintendo’s Switch in November 2018, and Tencent Wegame platform in early March 2019.

Other businesses mainly include sale of merchandise goods, game hosting and provision of support services, which generated revenue of US$0.3 million (2017: US$1.1 million) during the year.

New Product Line
The Group continued to create original IP or work with globally renowned IP to develop new products. The Group currently has several projects under development, including “Transformers Online”, “Civilization Online” and other unannounced projects. During the year, the Group successfully obtained certain IP rights of the literary works of “The Lord of the Rings” to develop a free-to-play MMO game based on the grand worldview of “The Lord of the Rings”. Combining the organic huge traffic of popular IPs with the Group’s leading game production and publishing capabilities, the Group is able to maximise the success rate of its new products becoming a hit.

Outlook
Looking ahead, the Group will strive to increase the players’ engagement and loyalty of existing major games and launch more game content with higher average revenue per user. Meanwhile, the Group is committed to providing more compelling games to a diverse user base while at the same time increasing the revenue growth momentum of the games .

In February 2019, the Group forged a strategic alliance with Meitu, Inc. (“Meitu”). The Group will explore to design and develop various large-scale online games and casual games for Meitu, taking the reference to the age, gender and world view of Meitu’s large base of loyal users. With the massive user data of Meitu, the Group can better understand the preferences and habits of users, thereby extending its business frontier into casual game business, expanding the user base horizontally, ultimately generating synergies and accelerating the penetration of the Group’s online and casual games around the world.

Mr. Xu concluded, “The Group will step up its efforts in global market segments and further expand its market base for the products. In addition, the Group is dedicated to identifying potential development opportunities while extending its existing game business to other pan-entertainment industries, to achieve breakthroughs in content production and IP development. Forging ahead with the goal of becoming the world’s leading video game company, the Group is determined to create more values for the shareholders.”

During the business transformation process of the Group since 2016, there were various one-off non-operational expenses incurred. The Group expects the related costs will significantly reduce in the coming years, and is confident in the financial situation in the future.

About Leyou Technologies Holdings Limited
Leyou Technologies Holdings Limited (1089.HK) is principally engaged in the development and publishing of online multiplayer PC and console video games. It is a global market leader in the market of free-to-play multiplayer online games. Leyou Technologies owns and invests in multiple world renowned AAA game development studios across the globe, including Digital Extremes and Splash Damage, and publishes several of the most successful free-to-play online multiplayer games worldwide. Five years since the flagship product “Warframe” has got online, it maintains a top 10 ranking in all genres in terms of number of players and playtime on Steam, and has a positive review score of approximately 91% from players. In addition to the continual premium updates and improvements to its live games, Leyou Technologies also keeps on investing in the development of new products, such as “Civilization Online” and “Transformers Online”.