As at 31 December 2018, the Group operated 95 stores (31 December 2017: 80) in Hong Kong, Macau, mainland China, Singapore and Malaysia. During the Year, six “Emperor Jewellery” stores were opened in Hong Kong, all of which are located in shopping malls with heavy foot traffic, such as Telford Plaza in Kowloon Bay, APM in Kwun Tong and MOSTown in Ma On Shan.

The Group continued to enrich its product offerings in an effort to penetrate the affordable luxury jewellery segment. During the Year, signature collections were launched including new “Yo Yo” Collection featuring unisex designs, “Mini Me” mother-and-baby pendant sets, “One Vow, Two Love” Bridal Collection, “Emperor Jewellery x Joey Yung Heartbeat” Collection and Chinese Wedding Fine Gold Collection, etc, all of which were well received by the market. The Group also launched the “Nuo by Cindy Yeung”, the new high jewellery brand led by Ms. Cindy Yeung, Chairperson & Chief Executive Officer of Emperor W&J, which embodies perfect artwork imbued with boundless creativity and passion, delivering an extraordinary experience. With the meaning “promise”, the word “Nuo” is taken from the Putonghua pronunciation of a Chinese character in the names of Ms. Yeung and her daughter, which also symbolises a distinctive family lineage that continues through generations.

Ms. Cindy Yeung said, “As a result of the macro-economic headwinds, the growth pace of the retail market has been moderated since the second half last year. Nevertheless, the Group adhered to its responsive and flexible strategies, adjusted its business plans according to the market environment, and strictly controlled its operating and administrative costs to remain its competitiveness, the Group managed to achieve satisfactory results during the Year.”

Ms. Yeung continued, “Unfavourable external factors would continue to pose threats to the industry in the near-term, the Group would stay alert and respond to market change proactively. Against the backdrop of rising income levels and people’s pursuit of quality of life, and riding on its “Emperor” brand established in the past decades and its widely recognised leading retailer position, we are confident about the development prospects of the watch and jewellery sector and the Group.”

Pastel Network Announces the Listing of PSL on the Bitcoin.com Exchange 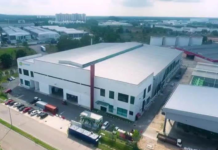 Pastel Network Announces the Listing of PSL on the Bitcoin.com Exchange