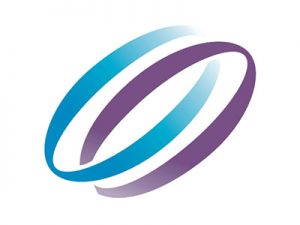 Results Highlights
1. During the year, the Group’s payment processing solutions segment continued to perform well, with annual accumulated transaction volume over 1,630 billion, increased by over 40% compared with last year. Accumulated active domestic merchants exceeded 4.2 million.
2. The Group focused on its offline-based scenario strength, providing the most integrated customized and scenario-based payment solutions for merchants in different industries. By leveraging its innovative Xinlianmeng channel, VBill has achieved its rapid expansion of the micro merchants market in second and third-tier cities.
3. By leveraging the strengthening of technology output capabilities, together with favorable risk control, the Group has assisted its merchants to accomplish the upgrade of smart payments and operations, steadily holding its position within the payment industry in the future.

The Company recorded a one-off gain of approximately HK$63.3 million resulting from the disposal of a subsidiary of the Company in the corresponding period of 2017, and non-cash share option expenses of approximately HK$195.3 million and HK$6.1 million under the payment processing solutions segment and the information security chips and solutions segment, respectively, during the Reporting Period. Excluding the impact from the above-mentioned one-off financial events, the Group’s business performance was positive and continued its trend towards growth. Adjusted segmental EBITDA of the Group’s core business was HK$862.6 million, representing a rapid growth of 82%, when compared with HK$474.6 million for the same period last year.

The payments processing segment grew strongly due to increased penetration in mobile payment scenarios, and changes in payment method and users’ payment habits. By the end of December 2018, VBill, a subsidiary of the Group primarily engaged in payment processing business, recorded over 4.2 million accumulated active domestic merchants in Mainland China (Ended 2017: approximately 2.5 million). The annual accumulated transaction volume reached over RMB1,630 billion, representing an increase of 40% when compared with the same period last year.

Through its innovative Xinlianmeng channel, VBill has recruited a large number of forefront sales personnel in China to create a strong driver for its expansion to micro merchants in second and third-tier cities. VBill’s business channel expansion capabilities have not only integrated various fragmented offline payment scenarios and provided comprehensive, customized, and scenario-based payment solutions for merchants in different industries, but also solidified the Group’s position amid fierce industry competition.

The Group commented, “In recalling the past 2018, several events have profoundly changed the payment industry, including the official business operations of NetsUnion Clearing Corporation, the disconnection of direct clearing businesses from third-party payment companies and banks, and The People’s Bank of China’s establishment of a centralized deposit account. Given these changes, the Group plans to adhere to its strict compliance management, continuously invest in improvements to its technology, develop more offline scenarios, and take full advantage of synergies between each of its business segments. The Group will continue to offer less costly, and more efficient and diversified payment and fintech services to the market, while striving to return the support of shareholders, customers, and the society.”


For Business and Breaking News in Canada, visit BusinessNewsCanada.com